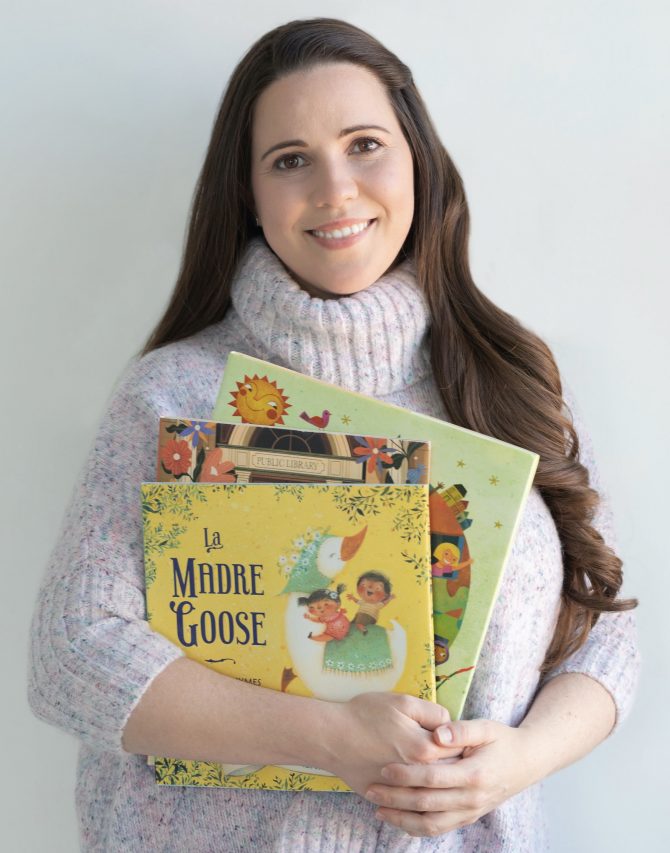 The St. Louis Public Library Foundation funds vital and engaging early childhood programming at the St. Louis Public Library (SLPL), and we are excited to announce that the Library’s Early Childhood Outreach Team is expanding their reach to better engage bilingual audiences. As the Library always strives to engage diverse audiences, it works to engage English language learners through multicultural and bilingual Storytimes and resources.

Now it is expanding its efforts with the help of a new team member! Ashley M. joined the Early Childhood Outreach Team in November 2020. “First and foremost, we hired Ashley because of her strong knowledge of early literacy practices and her skill and experience with Storytime and early literacy programming. The fact that she's bilingual and is interested in bilingual programming was a great bonus,” says Joe M., SLPL Manager of Youth Services.

A native of Miami, Florida, Ashley is the daughter of Cuban immigrants. She is very proud of her culture and bilingual language abilities, which informs her work as an educator. She received her Master’s degree in early childhood education with a concentration in promoting literacy among English language learners. Ashley proves to be a perfect match to help SLPL reach a broader audience.

When she moved to St. Louis with her husband in 2017, she found a home at the Missouri History Museum as the Early Childhood and Family Program Coordinator. “I realized while at the Missouri History Museum I wanted to prioritize literacy among bilingual children,” Ashley says. Soon into her work, she became acquainted with the many resources St. Louis Public Library has to offer.

In February 2020, she started her own initiative promoting bilingual literacy called Juntos We Read in order to empower families raising bilingual, biliterate, and bicultural children. While doing that, she realized that SLPL has the resources and reach to help her achieve her goals, so, when the opportunity arrived to join SLPL’s Early Childhood Outreach Team, she jumped at the chance. As she says, “It’s a perfect fit.”

Her bilingual virtual Storytimes debut this month, January 2021. These Storytimes include Colorín Colorado: Bilingual Storytime, a monthly interactive virtual program kicking off on January 25 and Canta y Lee con Ashley / Sing and Read with Ashley, a prerecorded Storytime available twice monthly starting on January 9. Ashely uses research-based tools to help the audience build their literacy skills. Her unique Storytimes provide a way for families with native Spanish speakers to read, listen and sing with their children. Rather than assimilating English language learners, she aims to create a space where children feel comfortable speaking and reading in their home language and feel represented in literacy programming.

“Learning [Spanish and English] side by side,” she says, “allows children to make those language connections.” Along with promoting literacy, she also wants to increase Library usage among St. Louis’ growing Hispanic community and connect them with the essential resources St. Louis Public Library provides.