In 1798, Napoleon Bonaparte launched an ill-fated military expedition in what would come to be known as the Campaign of the Mediterranean. The intent of the mission was to expand French trade interests and weaken British influence, in parts of northern Africa and the Middle East. The campaign accomplished neither goal and was a stinging defeat for the young French leader. Despite this, the campaign was a pivotal one with regards to the nascent fields of archaeology and Egyptology. Curiously enough, this bloodthirsty campaign of empire also resulted in the production of one of the earliest and greatest works of Egyptology in history. The multivolume work in question is called Description de l’Egypte, and the St. Louis Public Library owns a set.

Along with the thousands of French soldiers and officers, the campaign included a special group of around 150 scientists, engineers, mathematicians, botanists, cartographers and artists. In many cases, these specialists were selected for the trip by Napoleon himself. They were given the moniker, les savants. The goal of these savants was to catalogue, examine and discover as much as they could whilst in Egypt. Over the course of nearly three years, the group documented and described hundreds of artifacts, countless plants and animals, and explored dozens of tombs and temple ruins. Along the way, they happened upon the Sphinx and the Great Pyramids of Giza and unearthed many mummified animals. It was also on this expedition that the Rosetta Stone, the key to deciphering hieroglyphics, was found. The Stone was promptly put on the next ship bound for France. This ship was promptly intercepted by the British Navy. The Stone can now be found on display in the British Museum.

Upon return to France, work began on the massive project of organizing and producing professional prints and maps based on the savants preliminary work. This project would ultimately become known as the Description de l’Egypte, and it took nearly 20 years to complete. The initial volume of the first, or Imperial, edition was released in 1809, and the final in 1829. Alas, the edition owned by the Library is the second one, known as the Panckoucke. While not being as rare or sought after as the first, it still is a beautiful work of art and history. Each volume is a

massive tome composed of hundreds of elephant folio pages. Within these pages are hundreds of wonderfully crafted engravings and drawings. In addition to the volumes of art, the set also includes 24 volumes of text documenting the research, all in French. Below are only a few examples of the exceptional quality of artwork that can be found within the set. Even with just this most cursory of overviews, it quickly becomes apparent how instrumental this work has been in igniting the world’s fascination with ancient Egypt and archaeology. 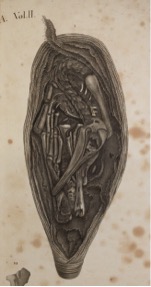 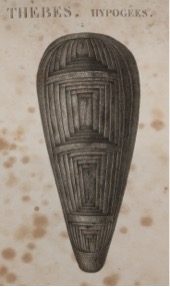 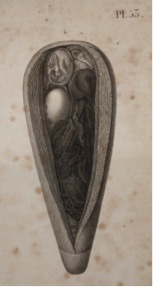