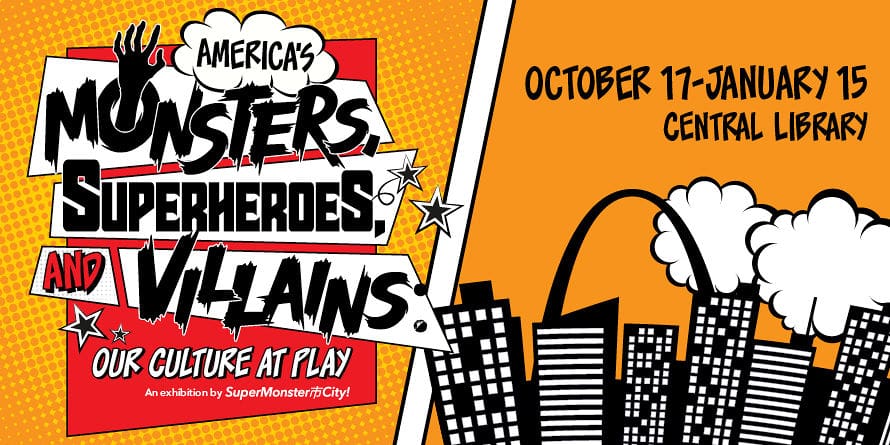 The exhibit explores how iconic characters influence and reflect American culture from the 1960s to the 1990s. Monsters, superheroes and villains have always been part of America’s cultural fabric: they scare us, thrill us and help guide us through the most terrifying and exhilarating moments of our lives.

More than simple “pop culture,” characters such as Wolfman, Dracula, Wonder Woman, Luke Skywalker, the Joker and others created a lens to examine complex subject matter in twentieth-century American history including the Cold War, rapidly accelerating possibilities of science and technology and America’s portrayal of women and people of color in our popular media.

The exhibit is comprised of more than 500 exceptional objects, including vintage toys, posters, packaging, TV commercials and movie trailers. Visitors of all ages are sure to enjoy the nostalgic visual survey of American Identity in the 20th century.

The exhibit is curated by SuperMonster市City! managing director Stephen Rueff and is from David Barnhill’s privately-held, original-owner collection of over 200,000 toys and toy-related posters, film and video collected from around the world, making this one of the largest private collections of toys and toy-related memorabilia in America.

The exhibition runs from October 17 through January 15 at Central Library, 1301 Olive Street. It is free and open to the public during normal library hours.