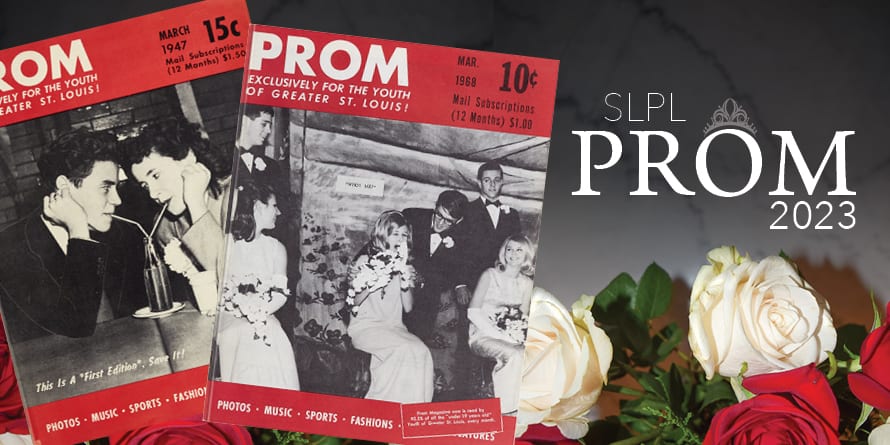 Do you know someone in St. Louis who is making a difference in their community? Someone who impacts the lives of others, big or small, and you’d like to honor them as we kick off our new Prom exhibit by giving them a special night as royalty?

Nominees must be residents of the City of St. Louis and at least 21 years of age or older. A committee will select six individuals to be named to SLPL’s Royal Court. The Royal Court will then be voted on by the public, who will choose two individuals to be SLPL Prom Royalty. Nominations are due by December 31, 2022. Those selected to SLPL’s Royal Prom Court will receive complimentary tickets to PROM @ SLPL. SLPL employees are ineligible.

PROM @ SLPL celebrates the unique cultural relationship St. Louis has to the special four-year shared experience we all call “high school.” PROM @ SLPL consists of two components - a prom event and a four-month-long exhibit at Central Library in 2023.

The “PROM Magazine: Where did you go to high school?” exhibit will highlight St. Louis Public Library’s extensive collection of PROM Magazine. Published from 1947-1973, PROM Magazine was produced “exclusively for the youth of Greater St. Louis” and represented all the high schools – public and private – of the area.

To submit a nomination, either complete the online form below or print this form and return it to any SLPL location.


A special thanks to our sponsors: