This Is Kind of An Epic Love Story

A fresh, charming rom-com perfect for fans of Simon vs. the Homo Sapiens Agenda and Boy Meets Boy about Nathan Bird, who has sworn off happy endings but is sorely tested when his former best friend, Ollie, moves back to town.

Felix Love has never been in love--and, yes, he's painfully aware of the irony. He desperately wants to know what it's like and why it seems so easy for everyone but him to find someone. What's worse is that, even though he is proud of his identity, Felix also secretly fears that he's one marginalization too many--Black, queer, and transgender--to ever get his own happily-ever-after.

Like these books? Check out these read-alikes, opens a new window!

"Monday Charles is missing, and only Claudia seems to notice. Claudia and Monday have always been inseparable--more sisters than friends. So when Monday doesn't turn up for the first day of school, Claudia's worried."

March 2019
Dear Martin
"Justyce McAllister is a good kid, an honor student, and always there to help a friend--but none of that matters to the police officer who just put him in handcuffs. Despite leaving his rough neighborhood behind, he can't escape the scorn of his former peers or the ridicule of his new classmates."

November 2018
American Street
"In this stunning debut novel, Pushcart-nominated author Ibi Zoboi draws on her own experience as a young Haitian immigrant, infusing this lyrical exploration of America with magical realism and vodou culture."

March 2018
Akata Witch
"Twelve-year-old Sunny Nwazue, an American-born albino child of Nigerian parents, moves with her family back to Nigeria, where she learns that she has latent magical powers which she and three similarly gifted friends use to catch a serial killer."

November 2017
Yaqui Delgado Wants to Kick your Ass
"In Meg Medina's compelling new novel, a Latina teen is targeted by a bully at her new school -- and must discover resources she never knew she had."

March 2016
When I Was the Greatest
"In Bed Stuy, New York, a small misunderstanding can escalate into having a price on your head--even if you're totally clean. This gritty, triumphant debut that Publishers Weekly calls "a funny and rewarding read" captures the heart and the hardship of life for an urban teen." 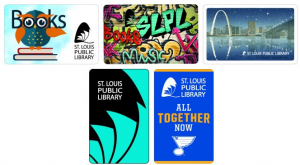