Actually you can, but first you need to be able to recognize it. St. Louis Public Library has some great resources - including our librarians and staff - to help you evaluate the veracity of the information that is swirling around us, especially over the internet.

First, it is important to know what “fake news” is - and is not. Here is a pop quiz (answers provided for your convenience).

"Fake news" can be defined/described as (choose one or more):

To further assist you with your exploration of the importance of journalism, the issues facing news consumers and social media user, and your quest for ever improving media literacy, we also provide a list of SLPL resources that we hope you find to be of interest and/or of use, as well as this cheat sheet from WNYC’s On The Media. 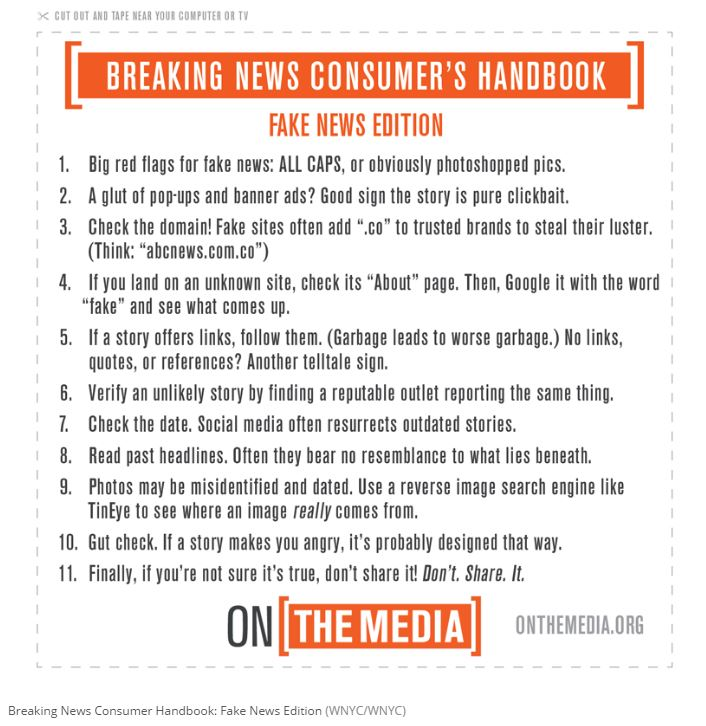 When in doubt, ask a librarian - at SLPL you can come visit us in person, or:

Be careful out there!