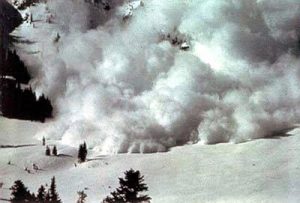 The recent cold snap reminds us of the perils of wicked winter weather; I’m not referring to enchanting, snuggly winter settings, I’m talking about temperatures and winter conditions that kill – avalanches, blizzards, bomb cyclones – Mother Nature unleashed in an Armageddon of snow, ice, and wind. I’m not referring to the excitement of wearing your warm jammies all day because work or school was cancelled, but more to the desperation to strip down and share naked body heat with any possible warm-blooded creature you can find to prevent hypothermia or frostbite. I’m not referring to the inconvenience due to Domino’s inability to deliver your extra-large pepperoni pizza, but more to the belief that Alferd Packer was justified in his dinner selection.

We’ve created a fiction homage to show our reverence and healthy apprehension of Mother Nature. Although each of these tales unravels amidst deadly winter conditions, the protagonists need to be equally leery of the dangerous human element. Below is just a sampling of lethal weather stories – check out this abundance of frigid novels.

White Death: For four years, The Great War, World War One, raged across the planet. Millions were sent to their deaths in pointless battles. The Italian Front stretched along the borders of Italy and the Austro-Hungarian Empires, in treacherous mountain regions. In the last months of 1916, a private in the Italian Bersaglieri returns to his childhood home in the Trentino mountain range to find it no longer a place of adventure and wonder as it was in his youth, but a place of death and despair. Amongst the weapons of both armies, none is more feared than the White Death: thundering avalanches deliberately caused by cannon fire... which, like war itself, consume everything in their path...

The Silent Land: When Jake and Zoe are buried under a flash avalanche while skiing in the French Pyrenees, they miraculously dig their way out from under the snow--only to discover the world they knew has been overtaken by an eerie and absolute silence. With their phones cut off, and the village evacuated of every living soul, the young married couple begin to witness strange, unsettling events neither one can ignore. As the days wear on, they are forced to confront frightening possibilities as they attempt to survive and escape the silent land they now inhabit.

Death Wore White: At 5.15 p.m. Harvey Ellis was trapped - stranded in a line of eight cars by a blizzard on a Norfolk coast road. At 8.15 p.m. Harvey Ellis was dead - viciously stabbed at the wheel of his truck. And his killer has achieved the impossible: striking without being seen, and without leaving a single footprint in the snow . . . For DI Peter Shaw and DS George Valentine it's only the start of an infuriating investigation. The crime scene is melting, the murderer has vanished, the witnesses are dropping like flies… and the body count is on the rise…

Cold: In the frozen reaches of Michigan’s Upper Peninsula, fierce winter storms can hit without notice. In the white opacity of one such blizzard, Norman Haas simply walks away from his prison work detail without detection. After agonizing days of blistering cold, Norman finds himself at the farmhouse of a lonely middle-aged woman who gives him temporary shelter while keeping him at a comfortable distance with her late husband’s shotgun. When she tries to turn him in, he escapes again. Thus begins a riveting story of Norman’s journey back to his past, back to the woman he loved who betrayed him, back to the brother who helped put him away, and back to a dangerous web of family allegiances, deceptions, and intrigue. On Norman’s trail is Del Maki, the hard-working sheriff of Yellow Dog Township, a fork in the road on the way to Canada. Cold takes us deep into an intricate, fascinating tale, where love, greed, and the promise of a last chance compel six people toward a chilling and inevitable reckoning.

We cannot defeat the weather… and if we’re being honest, we can hardly predict it with any degree of accuracy… but we can try to be prepared. This pamphlet prepared by the National Weather Service address vital information and resources related to Winter Storms – Deceptive Killers.