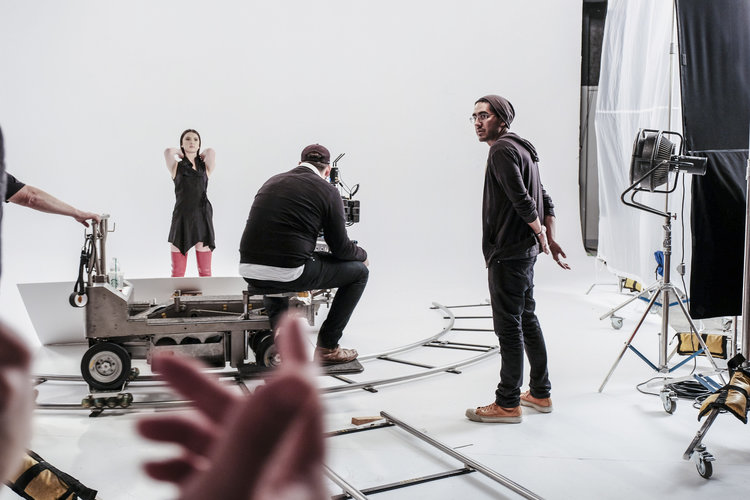 Bobby has directed, produced, developed, consulted, and written for dozens of clients, Fortune 500’s, brands, agencies, production companies and networks. He also produced, directed, and edited the feature-length documentaries - How's Your Cart? and The Gray Seasons. You can currently see The Gray Seasons on Amazon Prime, EPIX, and other streaming and cable platforms. He wrote and directed the recent indie feature, Palacios, which is currently playing in film festivals. Bobby was born and raised in Corpus Christi, Texas and attended Baylor University and Washington University in St. Louis where he studied architecture, art, and literature. He develops work for commercial, entertainment, and fine art use. Bobby lives in St. Louis City with his wife, daughter, and dog - and keeps a website that needs updating at graypicture.com.

My favorite book as a child: I didn’t read a lot of children’s books as a kid - or at least any that I recall. Aside from school books, most of my time was spent reading comic books — in particular — Teenage Mutant Ninja Turtles, Batman, and X-Men. At some point as a middle schooler, I did read the Voyages of Doctor Dolittle and that really stuck with me.

The best book I read for school: One of the first books I read in college was The Sound and the Fury. That was sort of an eye-opener for me. As a kid who was mostly fixated on movies, tv, and comics - this was the first book that I actually remembered lines from — and sort of redefined how I engaged with literature in general.

A book I wish I’d written: There is a children’s book written and illustrated by Shaun Tan called The Red Tree. I wish I had that sort of talent and patience.

My literary hero: I guess I’d have to go with Charles Bukowski. As a first-generation college student from a low-income community in South Texas — something about the “unintellectual” (if that’s what you call it) writer has always appealed to me.

Worst book you ever read: I doubt I remember the worst book I’ve ever read cause chances are I didn’t finish it.

Do you prefer digital or paperback: Always paper.

Character in a book that you would be friends with: Obviously - Teenage Mutant Ninja Turtles. I still want to live in a sewer.

A book I’ve pretended to have read: I attended a private religious university for undergrad and had to take Bible courses. The only reason I barely passed Old Testament was because of movies.

The book people might be surprised to learn I love: I honestly have no idea what peoples’ expectations of my literary likes are - so - I have no clue. I love The Lost World - the Michael Crichton sequel to Jurassic Park - which has been the reason for my severe disappointment in every Jurassic Park movie sequel since.

My literary crush: I don’t really know what this question means. Based on a google search, I think it refers to what character from literature do I have a crush on. If that is correct — I’ll go with Agent 355 from Y: The Last Man - written by Brian K. Vaughan and drawn by Pia Guerra.

Books that have influenced my art/music/profession: Some fiction books that have had a big impact on my profession Don Quixote by Miquel de Cervantes, Lolita and Invitation to a Beheading by Nabakov, Invisible Man by Ellison, Eden Express by Mark Vonnegut, Hawkeye (2012-2015) by Matt Fraction, The Sound and the Fury by Faulkner, Swamp Thing (1983) by Alan Moore, Morvern Callar by Alan Warner, Great Expectations by Dickens.

Thanks to Bobby Herrera for taking time to answer our book-related questions. If you'd like to check out the books/authors mentioned in the interview, see below: