Being at home this month, I have had plenty of time to play games like Age of Empires I and II, and have watched several let's plays on Total War: Rome 2. In these games war elephant units are costly to create, but can also wreck havoc on opposing forces. This got me wondering, just how useful were war elephants? 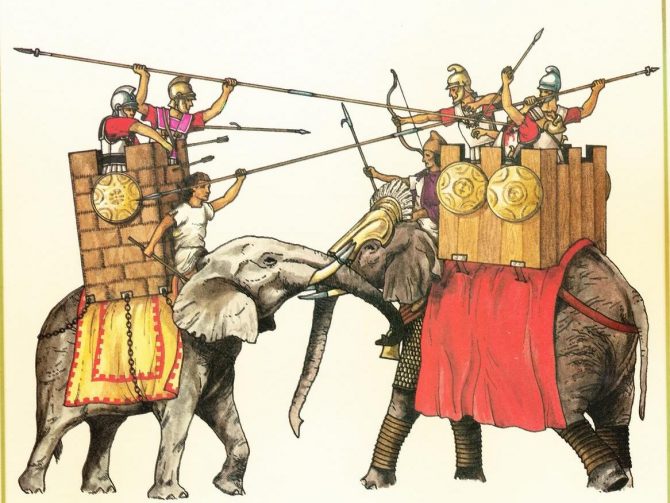 Elephants are on record as being used in war on the Indian subcontinent around the 7th century BC, but were likely used sometime before that. There rulers sometimes had thousands of elephants at their disposal and battles might involve several hundred. The use of elephants spread slowly and did not reach Europe until the 4th century BC when Alexander the Great encountered them while battling the Persians. War elephants remained uncommon in the European theater until the 3rd Century BC when the Romans both battled against and with elephants. But by the end of the 1st Century BC they were no longer in use. War elephants were still used on the Indian subcontinent throughout the Middle Ages, but the invention of gun powder saw to the eventual discontinuation of war elephants. 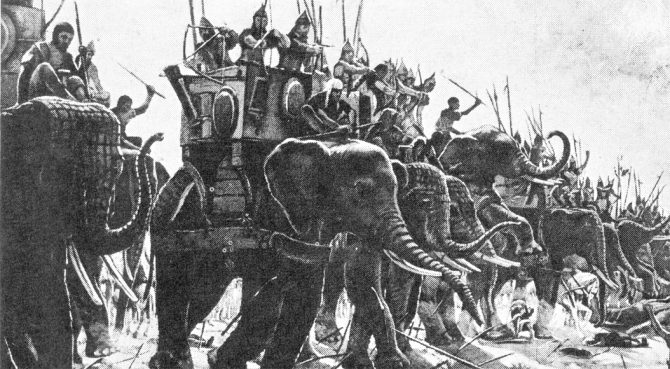 But how dangerous or useful were these elephants to the battle? Elephants are certainly dangerous, even today they account for nearly 200 deaths per year in India. But the classic representation of elephants charging into the front lines and completely destroying everyone is a little misleading. Elephants are, as you know, quite big. The ones commonly used as war elephants were likely Indian elephants which can weigh around 5 tons and stand 9 ft tall. When charging they can reach speeds around 20 mph. Most infantry did not stand around and take that charge, they simply moved out of the way as best they could. This was highly disruptive to unit cohesion, and would lead to the unit being destroyed, but not by the elephant. To prevent elephants from being surrounded and killed they had to be supported by infantry, and it was this infantry attacking the disrupted unit that caused so much damage. Another way elephants were used as a disruptive force, were that horses are terrified of elephants. Putting a group of elephants on either flank could stop any sort of cavalry flanking maneuvers. This tactic was used multiple times against the Romans, until they captured some elephants and started training their horses alongside elephants.

So if the elephants were so good at disrupting enemy lines, why didn't more European societies use them? First off, it takes nearly 40 years for an elephant to reach that size and weight. Elephants also tend not to breed well in captivity and even at the quickest pace would only produce an offspring every 7 years. Horses on the other hand can produce a foal every year and reach war horse standards in about 5 years. It also takes about 20x more food to feed an elephant than a horse, so if it came down to 10 elephants or 200 horses, most societies picked the horses. Captured elephants, and ones gained from tribute were still used, but in a limited fashion. The other reason was the Romans quickly figured out how to beat them. They trained their horses to be unafraid, and trained their infantry to throw their pila, or javelins, at the elephant handlers and the elephant' faces to turn them back into the enemy lines. This made elephants more of a liability than an asset and the use of war elephants faded out in Europe.

The Land of War Elephants