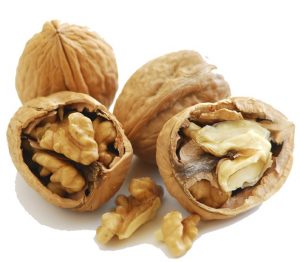 There are over 21 species of walnuts (Juglans spp.) in the world. However, the only species widely cultivated for nut production is the Persian or English walnut.

These walnuts are grown in North, Central, and South America, Europe, Asia, and the former Soviet Republics. Chile and Argentina are also developing their walnut production. Walnuts lag behind the agronomic crops in this field. Because the public are more and more against genetically modified organisms (GMOs), it will be a slower introduction of the commercialization of transgenic walnut trees.

Hickory nuts are also in the same family (Juglandaceae) as the walnut. However, they are usually just picked for home usage. North American Indians use the nuts in a variety of ways. Once dried, the nuts can be used to make a flour. Their natural oils also make them useful as a source of oil, both for cooking and putting on hair.

The hickory nuts found by the Indian tribes of eastern North America were pounded into water to make a milky liquor called powcohicoria. Unfortunately, or fortunately, as the case may be, walnut flour nor walnut candies have not become a popular North American food.

When I was ten years old, I remember tapping birch trees and adding walnuts to them. They were most delicious and easy to make. If I had time and a huge birch plot, this could potentially become a major new product - birch candy with walnuts. Yum!!!