This month at St. Louis Public Library and across the country, we celebrate Black History Month and its 2020 theme, African Americans and the Vote.

The year 2020 marks the 150th anniversary, or the sesquicentennial, of the Fifteenth Amendment (1870), which granted black men the right to vote following the Civil War. Unfortunately, over the past 150 years, this amendment has not ensured every black man the right to vote.

This year, the Association for the Study of African American Life and History brings to the public's attention African Americans and the Vote, and not just the history. “The theme speaks, therefore, to the ongoing struggle on the part of both black men and black women for the right to vote.” (from ASALH)

In the clean textbook ending, the Voting Rights act of 1965, and the two years of civil rights milestones leading up to it (the 1963 March on Washington and the 1964 Civil Rights Act), was the conclusion of the struggle for African Americans to have their votes counted. The Voting Rights Act abolished all forms of discrimination in voting, deeming Jim Crow illegal along with institutionalized discrimination and racial segregation.

What do we know about voter suppression in the 21st century?

According to the ACLU  “Since 2008, states across the country have passed measures to make it harder for Americans- particularly black people, the elderly, students, and people with disabilities- to exercise their fundamental right to cast a ballot.”

The estimated 5.85 million Americans with felony, and sometimes misdemeanor, convictions are denied their right to vote during and after they’ve served their debt to society and in some states (Virginia, Kentucky, Iowa) for life. In fact, one of Missouri’s neighboring states, Iowa, has the highest rate of voter disenfranchisement in the country. Out of Iowa's 90% white population around 25% of incarcerated people are black (bjs.gov).

Explore felony disenfranchisement with this interactive map from the ACLU.

“Following the 2016 election, the fight for voting rights remains as critical as ever. Politicians across the country continue to engage in voter suppression, efforts that include additional obstacles to registration, cutbacks on early voting, and strict voter identification requirements. Through litigation and advocacy, the ACLU is fighting back against attempts to curtail an essential right in our democracy, the right to vote.” (ACLU)

This February, the Social Sciences room displays the changing form of voter disenfranchisement as we feature books of Voter Suppression: Then & Now. 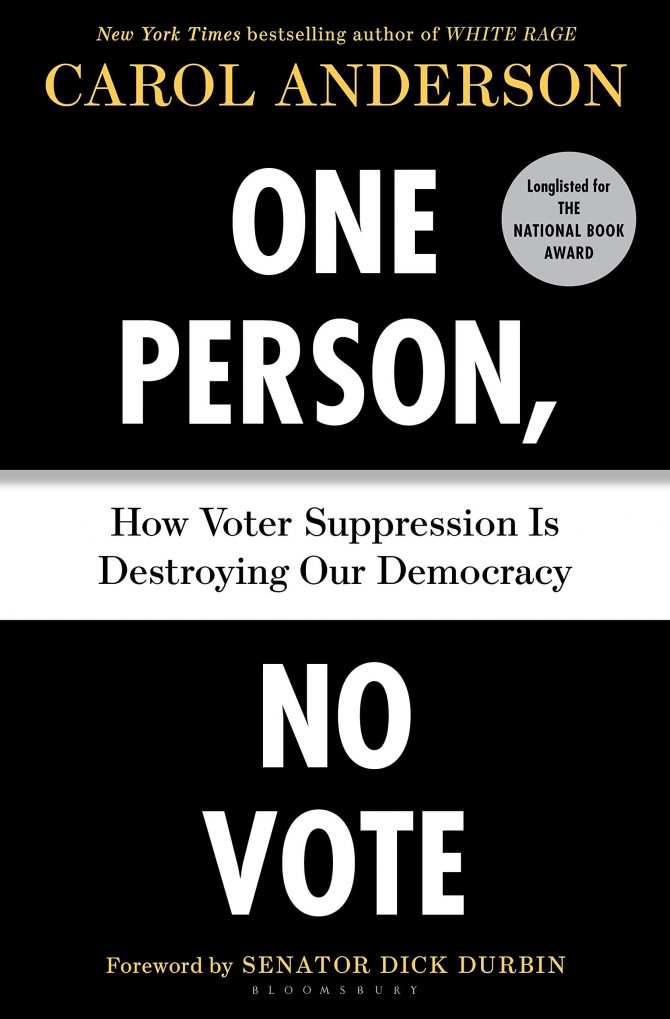 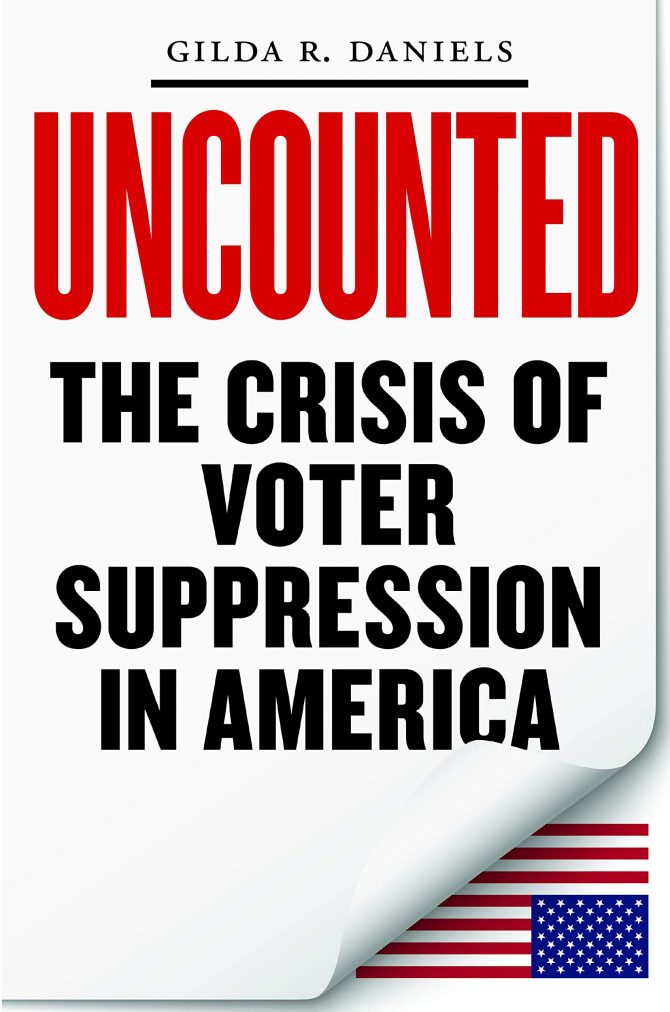 Explore the aftermath of the 2013 Supreme Court decision known as the Shelby ruling; which some say dismantled the Voting Rights Act of 1965, in Carol Anderson’s 2018 book One Person, No Vote: How Voter Suppression is Destroying Our Democracy. Anderson also published a Young Adult adaptation of the book in 2019.

Dive into how systematic racial discrimination continues after the civil rights movement through the U.S. criminal justice system’s War on Drugs with Michelle Alexander’s The New Jim Crow.   Alexander explores the legal discrimination that comes along with mass incarceration, like the large percentage of voting-age black men legally barred from voting today.

If you’re waiting on Uncounted: the Crisis of Voter Suppression in the United States by Gilda R. Daniels, check out Stealing Democracy: the New Politics of Voter Suppression by Spencer Overton. Overton explores how politicians remain in power by selecting who gets to vote through anything from electoral districting to voter I.D. laws to English-only ballots.

For more titles related to voting rights, take a look at this list created by SLPL's Center for the Reader-

African Americans and the Vote

How can you protect your vote?

Tell your senators you support the protections of the Voting Rights Act.

Vote in favor of candidates and measures that support voting procedures that encourage voting accessibility like automatic or same-day voter registration; these policies reduce the chances of showing up to the poles and being unable to vote. The same goes for early voting, which helps those with travel or accessibility concerns participate in elections.

Know your rights when you go to the polls. Where do I vote? What identification is needed? What can you do if you're turned away the day of the election?

Support organizations and individuals doing the work to protect your vote.

We hope to see you around the library at one out our Black History Month programs this February!