This Veteran's Day, explore the stories of veterans available for checkout in our digital collections. 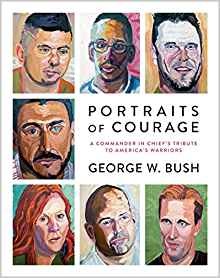 Review provided by OverDrive
Growing out of President Bush's own outreach and the ongoing work of the George W. Bush Institute's Military Service Initiative, Portraits of Courage brings together sixty-six full-color portraits and a four-panel mural painted by President Bush of members of the United States military who have served our nation with honor since 9/11—and whom he has come to know personally. Our men and women in uniform have faced down enemies, liberated millions, and in doing so showed the true compassion of our nation. Often, they return home with injuries—both visible and invisible—that intensify the challenges of transitioning into civilian life. 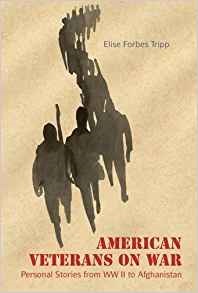 Review provided by Hoopla
The United States is embroiled in conflicts in Iraq and Afghanistan wars that seem as far from Americans' understanding as they are distant from our shores. With American Veterans on War, Elise Forbes Tripp brings our current wars and their predecessors home in the words of 55 veterans aged 20 to 90. The veterans raise questions about when wars are worth fighting, what missions can and can't be won, and the costs and benefits of US intervention, both around the world and domestically. Recent veterans tell wrenching stories of coping with hostile forces without uniforms, of not knowing who is friend or foe, and of the lasting traces of combat once they've returned home. American Veterans on War provides a sweeping overview of three-quarters of a century of American wars, properly grounding that history in the words of the men and women whose bodies were on the line. 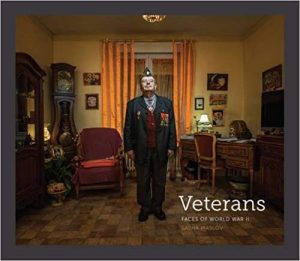 Review provided by OverDrive
Ichiro Sudan trained to be a kamikaze. Roscoe Brown was a commander in the Tuskegee Airmen, the first African American military aviators. Charin Singh, a farmer from Delhi, spent seven years as a Japanese prisoner of war and was not sent home until four years after the war ended. Uli John lost an arm serving in the German army but ultimately befriended former enemy soldiers as part of a network of veterans—"people who fought in the war and know what war really means." These are some of the faces and stories in the remarkable Veterans, the outcome of a worldwide project by Sasha Maslov to interview and photograph the last surviving combatants from World War II. 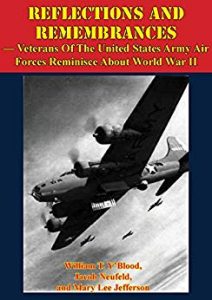 Review provided by Hoopla
Veteran airmen from both the European and Pacific theaters recount their recollections of the Second World War in the Air. From attacks on Japanese cities to intercepting the Luftwaffe the airmen recall the deeds of the "Greatest Generation".