Veterans Day honors military veterans  who have served in the United States Armed Forces. It marks the anniversary of the end of World War I that formally ended at the 11th hour of the 11th day of the 11th month. These titles from our digital collections explain the courage, sacrifice and dedication it takes to be a soldier. 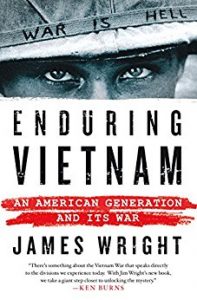 Review provided by OverDrive
Enduring Vietnam recounts the experiences of the young Americans who fought in Vietnam and of families who grieved those who did not return. By 1969 nearly half of the junior enlisted men who died in Vietnam were draftees. And their median age was 21—among the non-draftees it was only 20. The book describes the "baby boomers" growing up in the 1950s, why they went into the military, what they thought of the war, and what it was like to serve in "Nam." And to come home. With a rich narrative of the Battle for "Hamburger Hill," and through substantial interviews with those who served, the book depicts the cruelty of this war, and its quiet acts of courage. 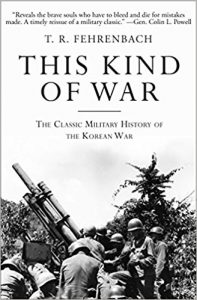 Review provided by Hoopla
This Kind of War is the most comprehensive single-volume history of the Korean-American conflict that began in 1950 and is still affecting United States foreign policy. Fifty years later, not only does this enlightening account give details of the tactics, infantrymen, and equipment, it also chronicles the story of military and political unpreparedness that led to a profligate loss of American lives in Korea. T. R. Fehrenbach, an officer in the conflict, provides us with accounts of the combat situation that could only have been written by an eyewitness in the thick of the action. But what truly sets this book apart from other military memoirs is the piercing analysis of the global political maneuverings behind the brutal ground warfare that marked this bloody period of history, one that has been all but forgotten.  Hailed as "a must for all soldiers and former soldiers" by an Amazon.com reviewer, This Kind of War restores the Korean War to its rightful place in American history-as a touchstone for US foreign engagement and a lesson for politicians ready to shed American blood on faraway soil. 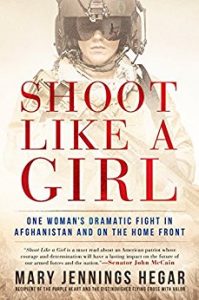 Review provided by OverDrive
After being commissioned into the U.S. Air Force, MJ Hegar was selected for pilot training by the Air National Guard, finished at the top of her class, then served three tours in Afghanistan flying combat search and rescue missions, culminating in a harrowing rescue attempt that would earn MJ the Purple Heart as well as the Distinguished Flying Cross with Valor Device. 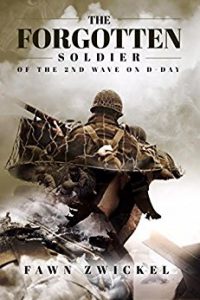 Review provided by Hoopla
This is a story of what happened to a man who was a sergeant of a twelve man squad in the second wave of the D-Day invasion, Omaha Beach, June 6, 1944. Less a story of combat, more a story of what happened to the man, Sgt. Dan Altman, who landed on Omaha Beach with his squad and fought its way off Omaha Beach into France, across the Siegfried Line, into the Hurtgen Forest and on to the Battle of the Bulge and then finally as part of the guard unit at Camp Ashcan and the Prison at Nuremburg guarding high ranking Nazi's such as Hermann Goering, Joachim Von Ribbentrop, Albert Kesselring and others. Sergeant Altman, because of his war record and Jewish Faith, was chosen as part of a five man unit to visit notorious concentration camps at Dachau, Bergen-Belsen, Buchenwald, and Auschwitz to make reports for the Prosecution Attorney for the International Military Tribunal at Nuremburg. He returned home to his wife in Newark, New Jersey, on December 15, 1945.