Among the perks of working in the Entertainment/Literature/Biography room (a.k.a. the “Elbow Room”) at Central Library is the access I have to a great collection of books on writing. One well-regarded book in the genre, which I just discovered recently, is Steering the Craft by Ursula Le Guin, author of the SF novels The Left Hand of Darkness, The Dispossessed, and others.

Having just put the finishing touches on a first-person novel I’ve been working on for eight years, I’m hoping to expand the canvas with the next one, so I thought I’d check out Le Guin’s chapter on point of view. Turns out she has some really useful and interesting thoughts.

I don’t like the common term ‘omniscient author,’ because I hear a judgmental sneer in it. I think ‘authorial narration’ is the most neutral term, and ‘involved author’ the most exact. (Steering the Craft, 87)

This reframing of the issue really opens up possibilities for me. Because who wants to take on the burden and the pressure of Godly All-Knowingness? Isn’t an all-knowing narrator bound to be distant, hazy, and ultimately pretty boring? And if you look at the way, say, George Eliot used ‘omniscience’ in the 19th century, it was a lot more peculiar, personal, and interesting than that.

What if, instead of a God, we envisioned the omniscient narrator as an inordinately successful town gossip, able to slide in and out of the minds of her fellow citizens, extremely informative but somewhat unreliable, with her own idiosyncrasies, odd fixations, digressive tendencies? Really, I think this is what the involved author at its best can do, and gets us a lot closer to the voice as it is used in Middlemarch (which I rate first among the big panoramic Victorian novels). Eliot allows herself to opine and editorialize, to swoon over Lydgate and snark on Casaubon, which is part of what makes that book such a blast to read. 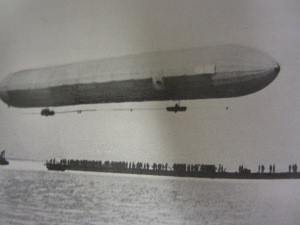 Involved author is the most openly, obviously manipulative of the points of view. But the voice of the narrator who knows the whole story, tells it because it is important, and is profoundly involved with all the characters, cannot be dismissed as old-fashioned or uncool. It’s not only the oldest and the most widely used storytelling voice, it’s also the most versatile, flexible, and complex of the points of view—and probably, at this point, the most difficult for the writer. (Steering the Craft, 87)

Maybe I’m a masochist, but that last line only stokes my desire to explore this form. I like hard things, but it would make it easier if I had some unique, successful contemporary examples of the technique. Has anyone read any good contemporary ‘involved author’ novels—in which the authorial voice is a distinct, major presence, but able to rove between characters? If so, I’d love to know about them.