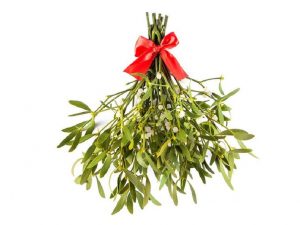 Mistletoe is a parasitic plant; it is dependent on another plant for survival. The scientific name for mistletoe, Phoradendron, is Greek for “thief of the tree," as it sucks out the nutrients and water.

The romantic Christmas tradition of kissing under the mistletoe, hung from a ceiling or doorway, dates back to ancient Norse mythology. According to the legend, Baldur, was killed by an enemy's arrow made of mistletoe. His mother, the goddess Frigg, wept tears onto the arrow, turning them into white berries. She placed it on Baldur's wound, bringing him back to life and promised a kiss to all who passed beneath it.

By the 18th century, stealing a kiss beneath the mistletoe became common. According to the tradition, it is bad luck to refuse a kiss beneath the mistletoe. After the kiss, the couple is to pluck one of the berries from the plant. Once all the berries are gone, the bough no longer has the power to command kisses. So if you hang a bough of mistletoe this year, make sure it has plenty of berries on it!

Get caught up in the romance of mistletoe with titles from our digital collections. 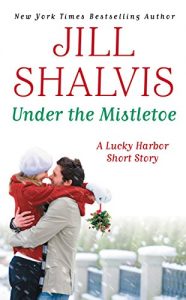 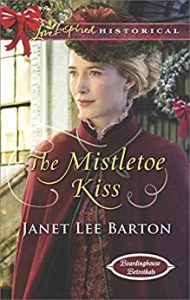 Review provided by Hoopla
An Unexpected Match Millicent Faircloud feels her dreams are coming true when she's assigned to photograph the construction of New York's tallest building - until she realizes it means working with fellow boarder Matt Sterling. He's handsome and kind, but the stubborn man doesn't understand her ambition. Matt can't help but admire Millicent's spirit. But he's been hurt by a woman who cared only for her career, and he won't make that mistake again. 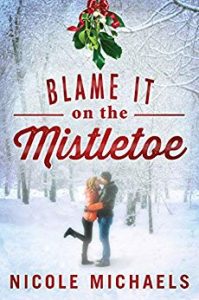 Review provided by OverDrive
'Tis the season for small-town Missouri boutique owner Brooke Abbott to get crafty. Much as she adores making art for art's sake—decorating windows, designing ornaments, crafting the perfect present for under the tree—this Christmas she needs the gift of good customers. Lots of them. Sweet Opal Studios will go under if she can't do some serious business before the New Year...and she has no time to lose. 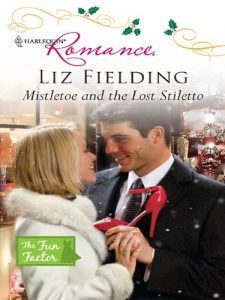 Review provided by Hoopla
Lucy Bright can't believe it when she's plucked from secretarial obscurity and transformed into the pampered fiancée of a slick retail guru. But then she discovers it was all a publicity stunt! Rushing away from the media frenzy, she bumps-literally-into the arms of delicious tycoon Nathaniel Hart… Spooked by their instantaneous chemistry, Lucy flees-but Nathaniel is determined to find his barefoot beauty. Though all he has is one very expensive red designer stiletto to help him!