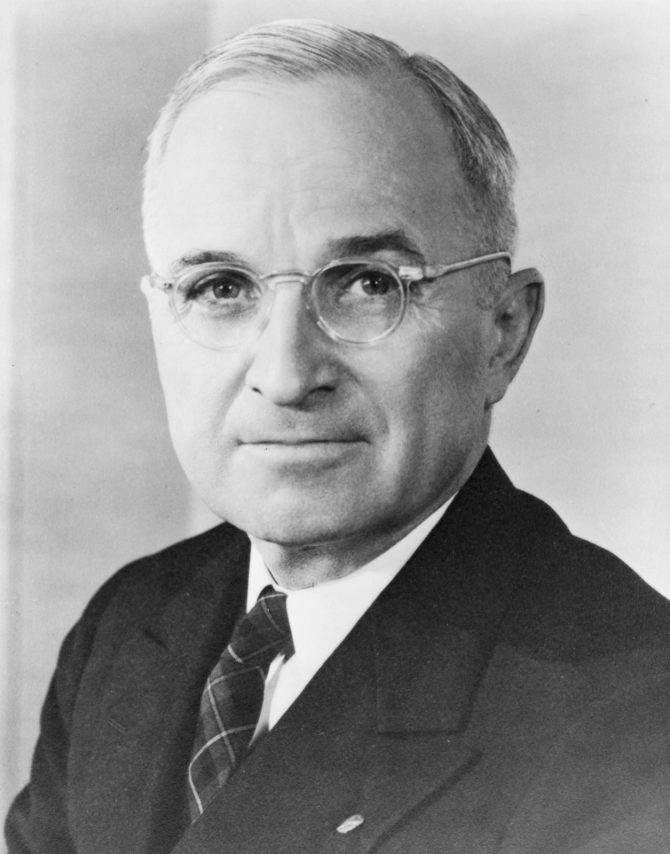 Truman day is a state holiday celebrated in Missouri in honor of President Harry S. Truman, the first president from the state.

Truman was born in Lamar, Missouri on May 8th, 1884 and grew up in Grandview and Independence, Missouri. He served in the Missouri National Guard from 1909 until 1911 and rejoined at the start of World War I where he attained the rank of captain. When the war ended he joined the Officers' Reserve Corps where he would eventually become a colonel. His political career would not start until 1922 when he became a judge for Jackson County, Missouri. This position propelled him to the U.S. Senate in 1934 where he served two terms. While in the Senate he made a name for himself investigating wasteful military spending.

Though not the first choice for the job, the Democratic Party selected Truman to be Franklin D Roosevelt's vice-president in 1944. Roosevelt won the election but died five months into office making Truman the 33rd President. Truman would serve two terms, through several notable events; end of WWII, Korean War, establishing NATO. After his presidency he returned to Independence, Missouri and founded the Harry S Truman Presidential Library and Museum. At the age of 88 Truman died on December 26th, 1972.

To honor Harry S. Truman the state of Missouri celebrates with a state holiday on May 8th, or the nearest weekday if the 8th falls on a weekend.