It's time for a road trip. But this time you may want to travel by bicycle. Now you can with tips and guides from our digital collections. 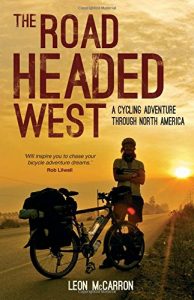 Review provided by OverDrive
Terrified of the prospect of a life spent behind a desk, without challenge or excitement, Leon takes off to cross America on an overloaded bicycle packed with everything but common sense. Over five months and 6000 miles, he cycled from New York to Seattle and then on to the Mexican border, facing tornados, swollen river crossings, wild roaming buffalo and one hungry black bear along the way. But he also met kind strangers, who offered their food, wisdom, hospitality and even the occasional local history lesson, and learned what happens when you take a chance and follow the scent of adventure. 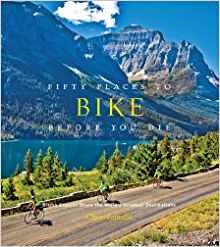 Review provided by Hoopla
Fifty Places to Bike Before You Die is the next addition to the bestselling Fifty Places series by Chris Santella. Biking has grown increasingly popular in recent years, as both a leisure and an extreme exercise activity, and Santella covers trips for cyclists of every level. Fifty Places to Bike covers environments as varied as the Dalmatian Coast in Croatia, the Indochina Trail in Vietnam, and the urban jungle of New York City. With a healthy mix of international and national locations, the 50 chapters capture the breathtaking vistas cyclists will enjoy around the world. As always, the places are brought to life with more than 40 stunning color photographs. 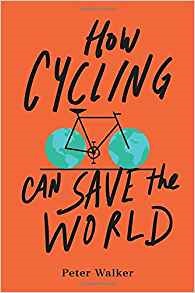 Review provided by OverDrive
Car culture has ensnared much of the world — and it's no wonder. Convenience and comfort (as well as some clever lobbying) has made the car the transportation method of choice for generations. But as the world evolves, the high cost of the automobile is made clearer — with its dramatic effects on pollution, the need for foreign oil, and the alarming rate at which people are injured and killed in crashes. Walker argues that the simplest way to tackle many of these problems at once is with one of mankind's most perfect inventions — the bicycle. 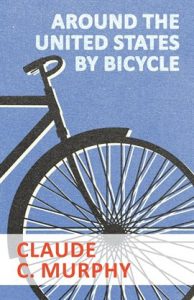 Review provided y Hoopla
This book contains a detailed account of Clarence M. Darling and Claude C. Murphey's 1904 bicycle trip through every state in the United States, having set off from Jackson, Michigan. An interesting, entertaining, and insightful chronicle, "Around the United States by Bicycle" is highly recommended for bicycle enthusiasts and lovers of vintage travel writing alike.