It's a TOTAL ECLIPSE OF THE SUN! 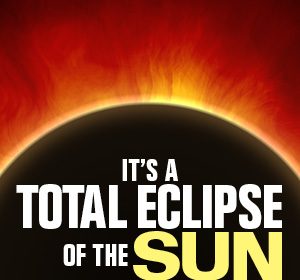 What better place to see the rare Total Solar Eclipse than at your local St. Louis Public Library location! Just after 1 p.m. on August 21, the Moon will pass between the Earth and the Sun, casting a shadow over Earth and creating the first total solar eclipse to touch the United States since the 1990s and the first to cover it coast-to-coast since 1918! Join us for these programs leading up to and including the big day!

Solar Party: July 6 / 1-3 p.m. at Machacek
The St. Louis Astronomical Society provides the fundamentals of an eclipse, including details of what will occur on Aug. 21.

A-Z of a Total Solar Eclipse: July 18 / 6:30-8 p.m. at Central's Auditorium
Angel Speck, director of astronomy at the University of Missouri-Columbia, explains and prepares participants for the upcoming event.

Solar Eclipse Watch Party: August 21 / 11 a.m.-2 p.m. at Central's Front Steps
Central's front steps are the perfect place to see the eclipse. Bring eclipse glasses or share with others. Grab your lunch or purchase it from inside at Urban Eats Cafe. Bring a chair or blanket. This event will be canceled if it's raining.

Countdown to the Solar Eclipse Viewing Party: August 21 / 1-3 p.m. at Buder
An experience you won't want to miss. Snacks and eclipse glasses provided. Adults and all ages.