Back when every album bought had a side-B and every movie featured big-haired teenage heartthrobs, the songs were the true heroes which made those memorable moments of the 80s. For those who remember raiding a parent or older siblings’ cassette tape collections, several artists come to mind who wrote and performed those classic hits. Edward Joseph Mahoney, better known as Eddie Money, punched his last ticket to paradise this past Friday. His family announced last month that he was diagnosed with stage 4 esophageal cancer. He passed away at age 70 on September 13, 2019. Eddie, the son of an NYPD police officer, was on the path to follow in his father’s footsteps. That was until he dropped out of the academy, and made his way to the west coast of San Francisco to make his mark as a rock n’ roll icon.

In 1978, two of his greatest hits made it clear he had what it took to produce classic quality songs, while catering to the rowdy 80s rock style that was yet to come. “Baby Hold On” was co-written with guitarist Jimmy Lyon to have a notably faster beat, but still keep time with the tried and true music method of the previous era. As the first single released of his debut album, “Baby Hold On” established Mr. Money’s foothold in the industry and even landed the artist a tv-spot performing onstage for Saturday Night Live. The second most memorable hit from his self-titled 1978 album was “Two Tickets To Paradise”, which now shares the name of his biographical musical stage play. Featured on unforgettable movie soundtracks, you can watch the man himself onscreen through the St. Louis Public Library’s online streaming services. Eddie Money appears in episode 3 of season 6 on “The Big Interview”, available through Hoopla. In this program, the man unveils some of his personal struggles, which helped shape and even at times dominated his career. It is a revealing journey taking audiences from his blue-collar upbringing to battles with drug addiction, which threatened to cripple and permanently paralyze the rising star.

The historical status of this music icon completely solidified in the height of 80s party rock. Teaming up with director Nick Morris, the duo made the signature moody black & white music video to Mr. Money’s 1987 hit, “Take Me Home Tonight”. Morris had had success in earlier years directing videos for hits such as Paul Young’s “Every Time You Go Away” and “The Final Countdown” by Europe. From the deeply heartfelt, to even bigger hair-band hits, Morris had a knack for creating an atmosphere that got to the emotional core of each artist he worked with. His collaboration with Eddie Money was no exception. After a spotty dry spell in his popularity through the early 80s, this smash hit comeback was aided by Money’s pairing with recording artist Ronnie Spector. She’s the vocalist noted for the chorus’ responsorial line, “be my little baby”.

Check out “The Best of Eddie Money” to relive his most memorable songs. Come visit your St. Louis Public Library to reconnect with one the 80s icons who topped the charts, and won over so many hearts. Thank you, sir, you'll be missed~ 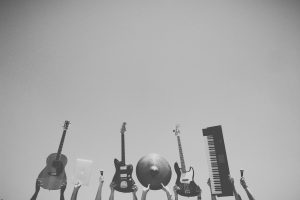