After striking an iceberg on the evening of April 14, 1912, the Titanic and her passengers sank slowly into the Atlantic Ocean. Read passenger accounts of what happened that night with these titles from our digital collections. 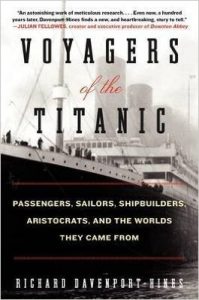 It has been one hundred years since the sinking of the passenger liner Titanic in the North Atlantic, yet worldwide fascination with the epic tragedy remains as strong as ever. With Voyagers of the Titanic, Richard Davenport-Hines gives us a magnificent history of the people intimately connected with the infamous ship—from deal-makers and industry giants, like J.P. Morgan, who built and operated it; to Molly Brown, John Jacob Astor IV, and other glittering aristocrats who occupied its first class cabins; to the men and women traveling below decks hoping to find a better life in America. Commemorating the centennial anniversary of the great disaster, Voyagers of the Titanic offers a fascinating, uniquely original view of one of the most momentous catastrophes of the 20th century. 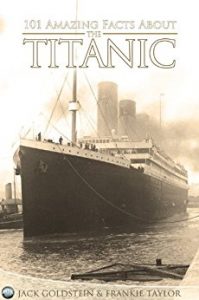 Do you know how many miles beneath the surface of the waves the wreck of the titanic lies? What do scientists and historians now believe led to the iceberg only being seen at the last minute? The flares that were sent up by the crew were supposed to signal 'distress' - but what did they actually say? All these questions and more are answered in this fascinating eBook which contains over one hundred facts about the ship and her tragic maiden voyage. 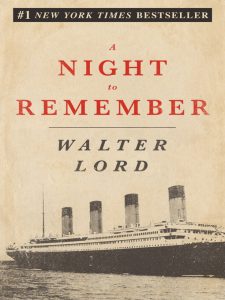 At first, no one but the lookout recognized the sound. Passengers described it as the impact of a heavy wave, a scraping noise, or the tearing of a long calico strip. In fact, it was the sound of the world's most famous ocean liner striking an iceberg, and it served as the death knell for 1,500 souls.

In the next two hours and forty minutes, the maiden voyage of the Titanic became one of history's worst maritime accidents. As the ship's deck slipped closer to the icy waterline, women pleaded with their husbands to join them on lifeboats. Men changed into their evening clothes to meet death with dignity. And in steerage, hundreds fought bitterly against certain death. At 2:15 a.m. the ship's band played "Autumn." Five minutes later, the Titanic was gone. 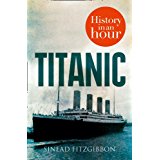 Love history? Know your stuff with History in an Hour. The sinking of the Titanic 100 years ago in 1912, and the subsequent deaths of over 1,500 passengers, sent shock waves around the world. Never before or since has a maritime disaster in a time of peace had such an impact. Titanic: History in an Hour is an entertaining and well researched account of the events leading up to the sinking of this 'unsinkable' ship, providing an fascinating commentary on the pressures of the White Star Line, the importance of class to Titanic's unfortunate passengers and the legacy of the disaster in Britain and America. Titanic: History in an Hour is a gripping and accessible account.