Walnut Park Library will be closed on Friday, July 10. 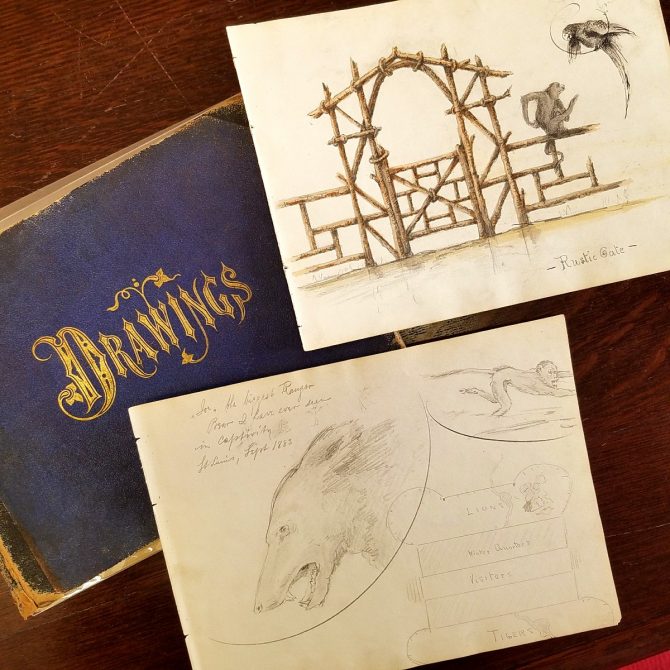 We’ve installed a new exhibit in the Rare Books & Manuscripts reading room that we’re pleased to share with visitors to Central Library. To complement the outstanding "Great City, Great Architecture: The Steedman Library and St. Louis" exhibit now in the Great Hall, we are featuring unique materials from our Theodore C. Link Collection.

Born in Germany, Link arrived in St. Louis in 1874, first working for the Atlantic & Pacific Railroad before joining Chief Engineer Julius Pitzman the following year as draftsman on plans for the newly created Forest Park. After serving time as the Superintendent of Parks, Link briefly left our city for the newspaper business in Pittsburgh. Upon his return to St. Louis in the 1880s, Link established a successful civil engineering office at 615 Chestnut. 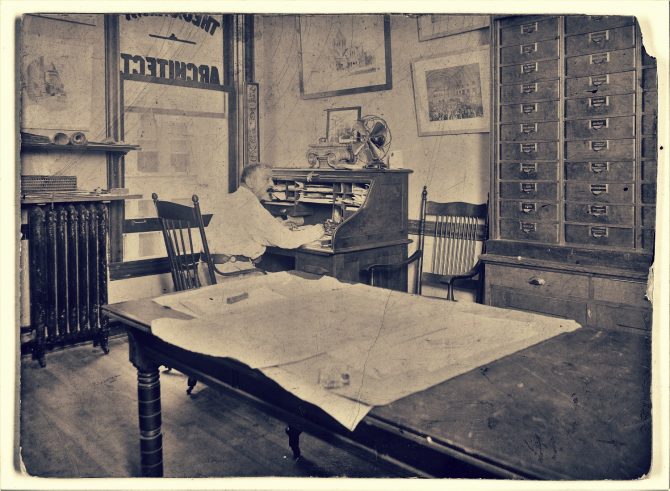 What may be surprising to learn about Link is his interest in zoological gardens, specifically his strong conviction that wildlife enclosures should reflect the natural habitat of the animals contained within. Link even authored an article, “Zoological gardens, a critical essay,” which was published in the December 1883 issue of The American Naturalist. Link wrote that cages were "iron-grated cells" and "inexcusable." 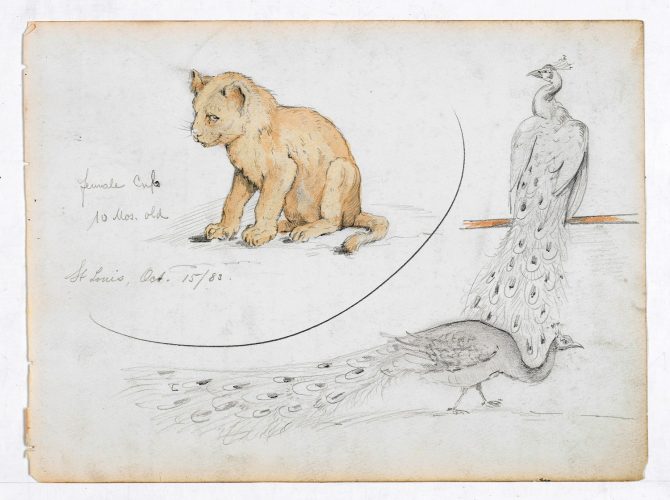 More than a dozen original pencil sketches, drawn from Link’s observations at European and American zoos in the months before the article was written, are currently on display. Several illustrations are from Link’s studies of the environs at the original St. Louis Zoological Garden, which stood where Fairground Park is today. In fact, the castle-like structure in the park near Grand and Natural Bridge is the facade of the old bear pits. Link was particularly bothered by bear pits, asking "Why bears should invariably be kept in pits has never been quite satisfactorily explained to me. The pit idea was, I believe, first introduced in the Jardin des Plantes at Paris, but the savant, who originated it, died long ago without entrusting to posterity the leading thought which moved him to this achievement."