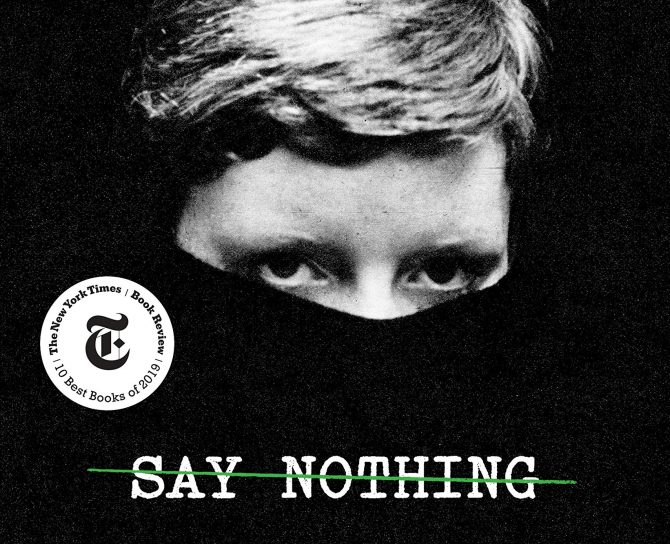 Most Americans know very little about the Troubles, the 30-year civil war in Northern Ireland waged between predominantly-Catholic republicans (led by the Provisional IRA, or "Provos") who sought to break free from British rule, and Protestant loyalists (frequently backed by the British Armed Forces) who wanted to remain British subjects.

Though the Troubles—which only officially concluded with the signing of the Good Friday Agreement just 22 years ago—are a recent and painful memory for the people of Northern Ireland, they rarely come up in media created or consumed in the U.S. The Academy Award-winning 1992 film The Crying Game and Tom Clancy's similarly-titled 1987 novel Patriot Games (adapted into a film starring Harrison Ford a few years later) are probably the two most notable exceptions.

Fortunately that's begun to change in recent years, as creators have gained distance from the events themselves and more information has become available. The last decade or so has seen a number of new, accessible books, films, and TV shows set amid the Troubles, and it's never been easier to find an entrypoint into this complicated conflict. Here are a few titles to start you out:

"Milkman" by Anna Burns (2018)
Author Anna Burns was born in 1962 and grew up in Belfast at the height of the Troubles, which lends her Booker Prize-winning novel an unparalleled degree of authenticity. Burns' protagonist is an eighteen-year-old girl known simply as "middle sister," who struggles to deflect the advances of a much older paramilitary leader and to keep her head down in an environment where to stand out in any way is to invite dangerous attention.

"Country" by Michael Hughes (2018)
Set in 1996, just two years before the (official) end of the Troubles, Country is framed as a retelling of the Iliad with Northern Irish and British characters standing in for Homer's ancient Greeks and Trojans. The conceit works surprisingly well, and the result is a unique take on both the millennia-old epic and much more recent history.

"Say Nothing" by Patrick Radden Keefe (2019)
Using the 1972 kidnapping and "disappearance" of mother-of-ten Jean McConville as a jumping-off point, Say Nothing delves deep into the 30-year history of the Troubles and the careers of a handful of its key players. Keefe puts his skills as an investigative journalist to good use, and the result is a readable, meticulously researched, and impressively balanced work of nonfiction.

"'71" (2014)
Set in Belfast near the violent height of the Troubles, '71 tells the story of a British soldier separated from his unit during a riot. Directed by Yann Demange and starring Jack O'Connell, the film has been praised as both a tense action thriller and a realistically gritty portrayal of the historical subject matter.

"Derry Girls" (2018 - present)
British sitcom Derry Girls puts a darkly comedic spin on this grim period in Northern Irish history. Set in the titular city during the 1990s, the series follows a group of teenage girls at a Catholic high school as they try to navigate both the ordinary struggles of adolescence and the volatile socio-political situation surrounding them. You can check it out on Netflix. 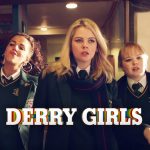 "Good Vibrations" (2013)
Good Vibrations tells the story of Terri Hooley, a real-life record store owner credited with kickstarting Belfast's burgeoning punk rock scene in the 1970s. Directed by Lisa Barros D'Sa and Glenn Leyburn and starring Richard Dormer, the film takes a similar approach to Derry Girls in its comic depiction of ordinary life during extraordinary times. You can stream it on Amazon Prime Video. 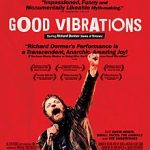