Just after 1 p.m. on August 21, the Moon will pass between the Earth and the Sun, casting a shadow over Earth and creating the first total solar eclipse to touch the United States since the 1990s and the first to cover it coast-to-coast since 1918!

Join the St. Louis Public Library for programs on August 21!

Discover the history of eclipses with these titles from our digital collections. 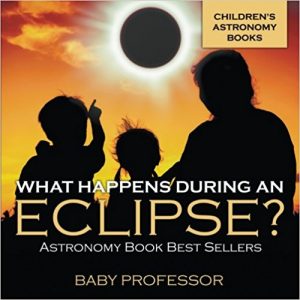 Review by Hoopla
Everybody gets thrilled when hearing about an eclipse happening. It gets broadcasted in the news and people actually look up at the sky, waiting. But for children to better appreciate what an eclipse is, proper introduction needs to be in place first. The purpose of this book is to give your child the introduction that he/she can understand. 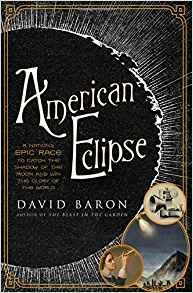 Review by OverDrive
On a scorching July afternoon in 1878, at the dawn of the Gilded Age, the moon's shadow descended on the American West, darkening skies from Montana Territory to Texas. This rare celestial event—a total solar eclipse—offered a priceless opportunity to solve some of the solar system's most enduring riddles, and it prompted a clutch of enterprising scientists to brave the wild frontier in a grueling race to the Rocky Mountains. Acclaimed science journalist David Baron, long fascinated by eclipses, re-creates this epic tale of ambition, failure, and glory in a narrative that reveals as much about the historical trajectory of a striving young nation as it does about those scant three minutes when the blue sky blackened and stars appeared in mid-afternoon. 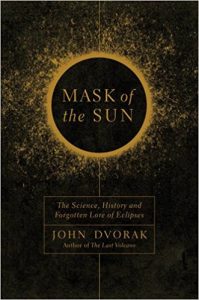 Review by OverDrive
Eclipses have stunned, frightened, emboldened and mesmerized people for thousands of years. They were recorded on ancient turtle shells discovered in the Wastes of Yin in China, on clay tablets from Mesopotamia and on the Mayan "Dresden Codex." They are mentioned in Homer's Iliad and Odyssey and at least eight times in the Bible. Columbus used them to trick people, while Renaissance painter Taddeo Gaddi was blinded by one. Sorcery was banished within the Catholic Church after astrologers used an eclipse to predict a pope's death. 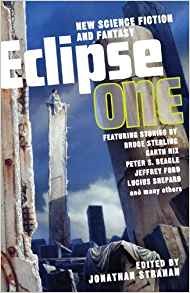 Review by Hoopla
An eclipse is a rare and unusual event, when the world is transformed and the sky becomes a dark eldritch thing. It's a time when anything could happen, when any kind of story just might be true. That sense of the strange and wonderful guides Eclipse: New Science Fiction and Fantasy, the first volume in an exciting new annual anthology series edited by acclaimed anthologist Jonathan Strahan. Set to become a major event on the science fiction and fantasy calendar,Eclipse: New Science Fiction and Fantasy gathers together new science fiction and fantasy stories by the best writers working today.