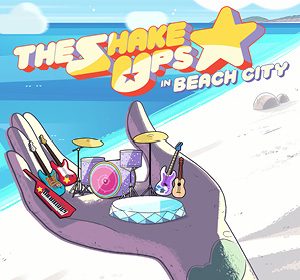 s Public Library presents The Shake Ups, an award-winning, power-pop music collective. The band's latest project, The Shake Ups in Beach City, pays tribute to Steven Universe, a critically lauded Cartoon Network series and Emmy-nominated pop culture phenomenon. Inspired by the adventures of young protagonist Steven and his team of protectors, The Shake Ups have fused their signature power-pop stylings with elements of Steven Universe to create a new collection of family-friendly musical gems! The band will perform live on Olive Street.