I scan the library's shelves for the telltale spine typography of the self-published and I'm skeptical. I Google their print-on-demanders and their price packages and I'm skeptical. I flip through their pages, a veritable collage of design and editorial missteps, and I'm skeptical. These Indie Author Day people and their glittery SELF-e marketing scheme give me the heebie-jeebies and I think this whole self-publishing industry must be filled with vampires who prey on uninformed wannabe writers' disposable incomes, and I'm skeptical, guys. I'm also an introvert, and so I tend to think not speaking --and by extension, not publishing -- is kind of a plus in a world full of information static. And I'm a perfectionist: if what you're saying isn't the cream of the mainstream crop, to be lauded and validated by the best and brightest, why bother saying it at all?

BUT -- Let's acknowledge that I've been an avid consumer of publishing powerhouses' little cash cows since my eyes could focus, and I've worked in publishing, and I was an English major, and 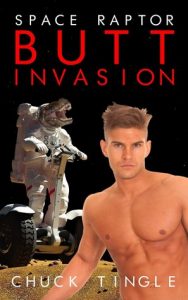 I've participated in my fair share of writing workshops. I'm indoctrinated. And I hold that indoctrination dear because I've paid (and continue to pay) a lot of money for it, and it makes me feel smart.

AND -- Let's consider for a moment the revolutionary potential of the self-publishing enterprise. How much of mainstream publishers' stuff is really all that good? Since it's been fed through a finishing machine, it's somehow worthwhile/true/lasting? Eh... no. It just makes for an attractive product. And with so many hands in the mix, stretching and trimming until all is palatable and correct, how can a voice shine true? How can the traditionally unpalatable and the traditionally incorrect ever win?

I confess I haven't yet had much enthusiasm for this Indie Author Day event. For one, I worried it would mean joining the vampire legion, leading the library's group of writers astray. Mostly, though, my gut impulse was to silence these writers -- I think, because I've been trained to think, that if the bigwigs aren't interested, then there ain't really any interest to be had. So quit. Or at least quit trying for an audience. Write in private the same way you poop in private -- take a few bites of that postlapsarian shame cake!

Friends, this is the selfsame crap my brain whines at me whenever I try to do anything. I hear it so much in my own head that I apply it to other people. And these other people tend to mill about on the margins already, so what gives me the right to further marginalize them -- and myself? That makes me The Man's proxy, and that's, like, just what The Man wants.

Anyway. This rambling is all to introduce an evidently enlightening article from Lit Hub's M. Sophia Newman, "How a Self-Published Writer of Gay Erotica Beat Sci-Fi's Sad Puppies at Their Own Game". It threw into question my whole outlook on the situation, and I hope it does yours, too.

Question: If you could pick a single writer to make an effective, compassionate statement about identity politics to a divided literary community, who would you pick? Would it be a schizophrenic, autistic person who’d authored an e-book called Space Raptor Butt Invasion?

Despite the unselfconscious strangeness of [Chuck Tingle's] writing style and a lack of what fancy-pants literary types might call “talent,” his work is lighthearted, good-natured, and hilarious. He’s timely and in touch with the American cultural milieu. He clearly embodies the nondiscriminatory mindset that science fiction and fantasy types now seem to favor.

And he’s prolific. Whatever else he might be doing, Chuck Tingle clearly applies the seat of his pants to a chair each day and puts words on the page, unfettered by what other people might think.

I envy him. I admire him. And although my writing is very different from his, I’ve begun to self-consciously emulate his work ethic. To me, he’s been an unexpected jolt of energy at the last possible moment, and a good example to follow forever after—just as the elves were to the shoemaker.

I invite you to come to the library's Indie Author Day panel this Saturday. Watch as I attempt to shed my many layers of privilege, low self-esteem, and indoctrinated skepticism! And meet a few cool writers who've been-there-done-that in the process. We have much to learn from them.