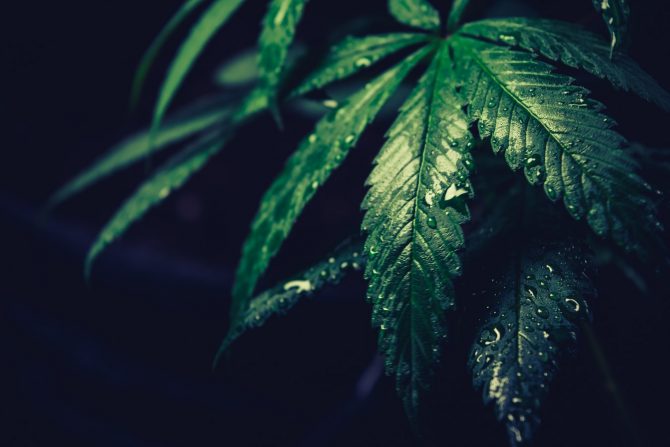 In late January 2020, the Missouri Department of Health and Senior Services released its list of 192 approved medical marijuana dispensary facilities, including nearly 70 located in the St. Louis metro area. In late December 2019, Missouri awarded licenses to 14 St. Louis-area cultivation facilities. In Illinois, lines can stretch around the block for their dispensaries, which now have had to declare that some days are only for medical marijuana and not recreational users.

If you’re wondering what’s involved in starting a legal marijuana business, you’re not alone. It can be confusing to decipher all of the legalities involved, not to mention the costs associated with this kind of startup. While the Library does have plenty of books on how to make a career for yourself in this business (see below), there’s also some great information out there from our local businesses.  The St. Louis Business Journal had an interesting interview with Mitch Meyers from BeLeaf, which has received three of the 60 cultivation licenses in Missouri. BeLeaf, which is located in Earth City, produces CBD and plans to have cultivation and manufacturing facilities in Earth City, Midtown, Ellisville, and St. Peters. While BeLeaf currently has about 15 employees, they are already anticipating their need to hire more staff will increase dramatically in the next few months. BeLeaf isn’t working all on their own, as Meyers explains that they work with investors and put together their investment plan back in November 2019. They are looking at a possibility of $20 million to acquire property, build, put in the infrastructure, purchase equipment, and more.

So, it’s clear that this is a business that needs to be as thoroughly planned out like any other. If you’re wondering what it takes to receive one of the medical marijuana dispensary licenses in Missouri, this section on the Missouri Department of Health and Senior Services website has information about regulations, and also includes helpful contact information for the Section for Medical Marijuana Regulation.

As mentioned above, the Library does have several books if you would like to learn more about the medical marijuana business, including:

Start Your Own Cannabis Business