It is one of the most widely-read genres of fiction. According to Romance Writers of America and Huffingington Post, total sales for romance fiction in 2013 was $1.08 billion. In 2015, romance novels comprised 29% of the fiction market (that’s almost one-third!), and more than half of the mass market paperbacks sold in the U.S. are romance. As of 2016, romance sales accounted for nearly half the ebook market.

Kristan Higgins, author of such romances as Now That You Mention It and Good Luck with That, contributed a piece to publishersweekly.com, "Never Read a Romance Novel? Grow Up." In it, she defends the romance genre as a piece of literature and art...a contribution to narrative. Kristin tells of a conference she was visiting, when she heard a speaker bash romances: "The keynote speaker was Andre Dubus III. In his address, he described the typical romance reader as 'some woman reading a schlocky romance novel while simultaneously watching soap operas and eating.' When asked what his understanding of romances as 'schlocky' came from, he admitted he had never touched a romance."

There are many misconceptions about the type of person who reads a romance novel, and many times it’s a misconception perpetuated by people who a) have never read a romance novel, and b) often get their theories from a biased, uninformed source. Maya Rodale, author of Dangerous Books for Girls: The Bad Reputation of Romance Novels Explained, observes, "The romance industry is large…and it’s readership is vast as well. So for every desperate housewife, there’s a happily harried wife and/or mom taking a break with a romance novel. For every lonely spinster, there’s an unapologetic single woman. And for every sorority sister, there’s a proud geek girl who loves romance novels" (Huffington Post). Rodale also provides us this fun fact: 16% of romance buyers were men in 2013.

Another fun fact: romance has a long and complex history, tied back to the concept of the novel itself, and this genre actually has a lot of scholarship on the subject. In 1984, Janice Radway wrote Reading the Romance, which was one of the few scholarly books written at the time concerning the "why" of romance novels: why were they popular? Why were there so many? Why did so many people hate them? "It became clear that romance reading was important…because the simple event of picking up a book enabled [readers] to deal with the particular pressures and tensions encountered in their daily round of activities" (Radway, p. 86). 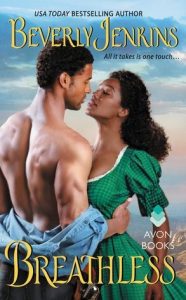 Now do not be mistaken, romance as a genre has a wide variety of issues. For instance, it’s not a very open to readers of color. According to survey conducted by Nielsen in 2015, 81% of romance readers were upper-middle class white women. Who comprises the other 19%? 7% African American, 6% Latina, 3% Asian, and 4% "other".

Romance has a slew of subgenres, such as Christian, fantasy, vampires (yes, they are their own subgenre), thriller, and comedy, with one of the staples being historical romance. Generally, most, if not all, of history has been unkind to women…particularly to women of color. But strides have been made in both genre and author representation. Beverly Jenkins, frequently lauded as a leader in historical romances, sets her romances in American history and most of her protagonists are a black, living in a world and time of hardships and trials, with the added difficulty of the African American experience. One can find many of Jenkins’ books in the library—just check the romance shelves.

Another focus that has emerged is LGBTQ+ romance. Once upon a time, LGBTQ+ characters were mostly either fetishized or killed off, but we are thankfully seeing positive representation in LGBTQ+ romance getting more exposure.  SLPL has many titles across many romance subgenres featuring the steamy lives of people identifying as LGBTQ+.

If you feel most comfortable reading these swoony tales from a digital device, don’t miss SLPL’s digital romance collection. OverDrive and Hoopla are both terrific resources for ebooks and digital audiobooks. Check out the "Digital Content" tab at the top of our website to see your options, or download the free apps to both onto your favorite digital devices.

Want to try something new, but don’t know where to start? A new series, a new subgenre, or even a new author altogether? Want to get out of your comfort zone? Drop by Center for the Reader at Central Library or check out a few titles online to take advantage of this delightful genre.

The True Story of the Novel by Margaret Anne Doody

Reading the Romance: Women, Patriarchy, and Popular Literature by Janice A. Radway