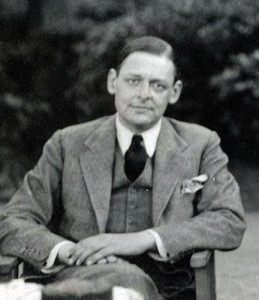 T.S. Eliot was born on September 26, 1888 at 2635 Locust, the last of six surviving children. Eliot was a sickly child, and this precluded him from socializing or participating in physical activities. As a result, he found himself drawn to literature. At sixteen, the family moved to 4446 Westminster and he attended the Smith Academy in Ladue, now known as Mary Institute and St. Louis Country Day School. Later recounting his childhood, Eliot said “it is self-evident that St. Louis affected me more deeply than any other environment has ever done. I feel that there is something in having passed one's childhood beside the big river, which is incommunicable to those people who have not.” Despite that, he left after graduation, studying first in Boston, then at Harvard and then at the Sorbonne in Paris. It was there he met Ezra Pound, and the two entered into a working relationship that would forever define Modernist poetry. Eliot’s grand works, including “The Love Song of J. Alfred Prufrock,” “The Hollow Men,” and his masterpiece The Waste Land, conveyed a world recovering from the Great War. Eliot never again lived in America. He became a British citizen at the age of 39 and lived in London until his death in 1965. 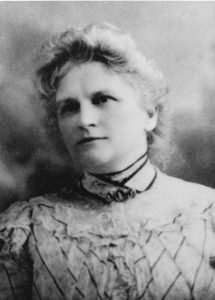 Kate Chopin, best known for her proto-feminist novel The Awakening and numerous short stories, was born to Irish and French-Canadian parents in 1850. The family’s home was originally on Eighth Street between Chouteau and Gratiot. When she was twenty she married Oscar Chopin and moved to New Orleans where she gave birth to six children. Later, her husband died, leaving her deep in debt, and she moved back to St. Louis to live with her family. Her mother’s death the following year sent her into a deep depression. A doctor suggested that writing may be beneficial and she began to write short stories. Soon she was published, including in the pages of the St. Louis Post-Dispatch. In 1899 her second novel The Awakening was published to intense negative press. Critics lambasted her frank portrayal of female sexuality and marital infidelity. During this period she moved to 4232 McPherson. In 1904, while visiting the World’s Fair in Forest Park, she suffered a brain hemorrhage and died in her home two days later at the age of 54. 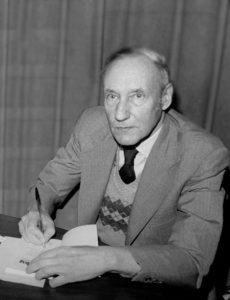 William S. Burroughs was born to a wealthy family living at 4664 Pershing. His grandfather and namesake William Seward Burroughs I founded the Burroughs Adding Machine Company. As a child, he attended the Burroughs School (no relation) in Ladue. He wrote throughout this period, with his first published work being “Personal Magnetism” in 1929’s Burroughs School Review. After graduating from high school from the Taylor School in Clayton, Burroughs left St. Louis at the age of 18 to attend Harvard. It was during this time that he began to make sense of his homosexuality. During the summers he returned to St. Louis to work as a cub reported for the St. Louis Post-Dispatch, though he disliked the more salacious stories given to him. A generous allowance from his family gave him the freedom to travel Europe and immerse himself in LGBT culture. He briefly joined the Army and met Joan Vollmer, who he would marry and later “accidentally” shoot during a William Tell routine while living in Mexico. He drifted around South America for a few months ingesting local drugs. Back in America, he traveled aimlessly, working odd jobs and wrote while battling an addiction to heroin. His first novel Junkie, a semiautobiographical account of his heroin usage, was published in 1953. Other works followed as he bounced around the United States, South America and North Africa: Queer, Naked Lunch and the Nova trilogy. Although his early novels were fairly straightforward in style, his writing became more hallucinatory as he aged. He adopted a radical cut-up technique that further blurred his role as author and randomized the structure of his novels. In the early 1980s he settled in Lawrence, Kansas where he lived until his death in 1997, content with his legacy as an elder statesman of the Beats and welcoming late-in-life collaborations with artists as varied as Kurt Cobain and R.E.M. 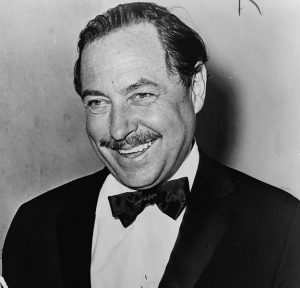 When Tennessee Williams was eight, his family relocated from Mississippi to St. Louis for his father’s job. This lead to an unhappy period in his life due in part to his father’s alcoholism and mother’s obsession with social status. The family moved around several times, including to an apartment 4633 Westminster. Although Williams eventually left St. Louis for good, he’s childhood stayed with him and was the basis of his breakthrough play, The Glass Menagerie. The story was set in his childhood home, and its depiction of the Central West End, though unflattering, is forever memorialized in his work.

The Poems of T. S. Eliot