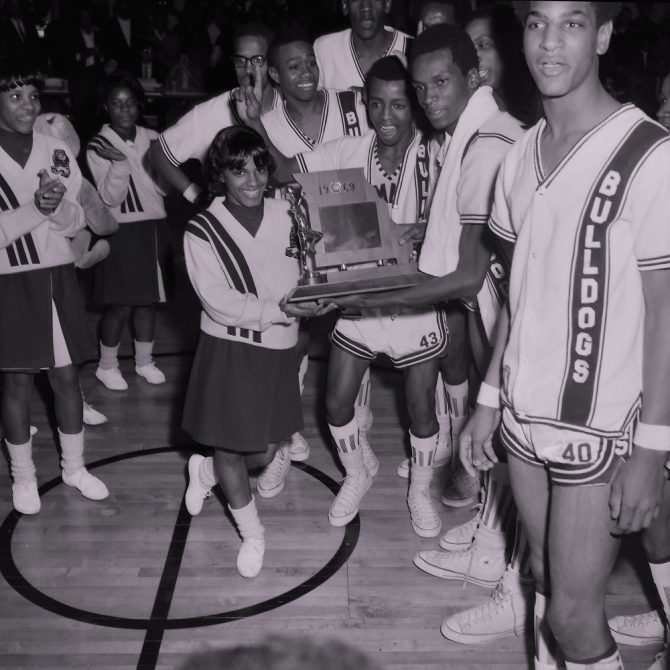 Friday, March 15th marks the 50th anniversary of Sumner High School’s Class L state championship win against Webster Groves High. The 1969 Sumner Bulldogs of the Public High League (PHL) are regarded by many basketball aficionados as Missouri’s finest high school team of all time. It’s hard to argue against a 30-2 season and dominating players such as Harry Rogers, David Brent, Travis Brown, James Brown, William Westfall, and Marshall Rogers. Led by Coach John Algee, in his third full season at Sumner, the ’69 Bulldogs towered over the competition at the state tournament held at Kiel Auditorium in St. Louis.

In front of an enthusiastic crowd of 9,270, the Bulldogs beat the Statesmen 71-53. Standing 7’0”, Sumner junior center David Brent scored a whopping 33 points. The runners-up Statesmen were no slouches either, boasting a 27-3 record to finish the season, due to terrific play from the likes of Bill Foster, John Reed, Danny Dunkman, and Doug Wessell. Columbia, Missouri's Hickman High School finished in third place and William Chrisman High School from Independence came in fourth.

Prom magazine  photographer Philip J. Hasser documented the big game with his camera, from the powerful dunks, blocked shots, and post-game celebrations. While a couple of his photographs appeared in PROM, many did not. Rare Books and Manuscripts is fortunate to house the late Mr. Hasser’s negatives, including twenty-eight pictures taken at the event – most of which have been seldom seen, if ever. Those photographs have been added to our Digital Collections in the Philip J. Hasser PROM Magazine Collection. Congratulations Sumner! 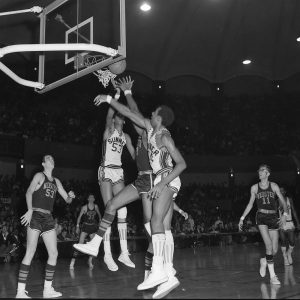