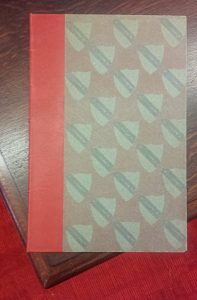 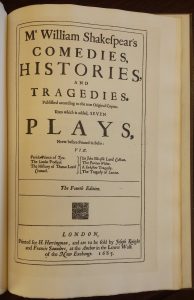 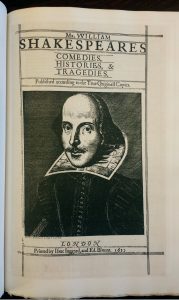 I’m pretty sure my earliest memory of Shakespeare is reciting as ghoulishly as possible this spooky incantation by the Three Witches in Macbeth. We were no doubt a menacing bunch of second graders - absent front teeth, scraped up knees - fully committed to making each other squirm with all that talk of eye of newt and tongue of dog.

It’s believed that Macbeth was written by Shakespeare in 1606. While reading the play, I have to remind myself that witchcraft was taken very seriously in England during Shakespeare’s age. Evidence of sorcery was a capital offence punishable by hanging, burning, or drowning. Gulp. James I, then the new King of England, and patron of Shakespeare’s acting company, had even written a book titled Demonology.

When Shakespeare died in 1616 at 52, only half of his plays had been printed. These small, one-play editions are called quartos. Macbeth was not among them. It, along with 17 others, debuted in the First Folio of 1623. The printing of the First Folio, a large memorial volume of his complete works, was arranged by his friends and associates to honor the late bard. The success of the First Folio led to the printing of a Second Folio with minor corrections nine years later. In 1663, a Third Folio added many new plays, many of which were falsely attributed to Shakespeare. The Third Folio is quite scarce because a large number of copies were destroyed in the great fire of London in 1666. Finally, a Fourth Folio, also including the spurious plays, appeared in 1685.

At Central Library, our Rare Books and Special Collections department holds a copy of Original Leaves from the First Four Folios of the Plays of William Shakespeare: 1623, 1632, 1663, 1685 (RB-X Oversize 822.33 G.) This volume from 1935 was published by the Grabhorn Press, a late San Francisco-based arts and crafts printing shop. In addition to the original leaves, an entertaining introduction written by Edwin Eliott Willoughby recounts the labyrinthine saga behind these early printings. Willoughby was the Chief Bibliographer at the Folger Shakespeare Library in Washington, D.C. from 1935 until his retirement in 1958.

The first three folios in our edition are represented by pages from Love’s Labour’s Lost, Richard II, and Julius Caesar, respectively. Which brings me back to Macbeth, our Fourth Folio page. Yesterday I realized our particular leaf contains Act 4, Scene 2 from Macbeth, which features the heinous stabbing death of Macduff’s small son and implicit murder of his wife.

He has kill’d me, Mother,
Run away, I pray you. 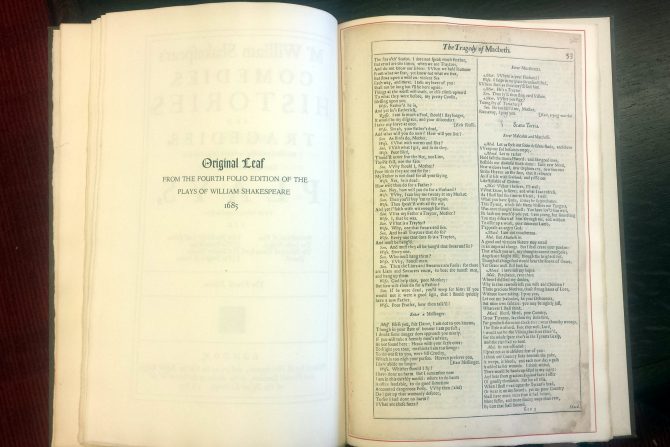 Jeepers! Beginning in January 2016, in observance of the 400th anniversary of Shakespeare’s death, several First Folios owned by the Folger Shakespeare Library will tour the country. While SLPL is not a stop, rest assured something wicked this way comes from your local Special Collections. Call 314-539-0370 to make an appointment today to see our original leaves. Boo!