The Bill of Rights are the first ten amendments to the Constitution. Read what powers it prohibits on the government with these titles from our digital collections. 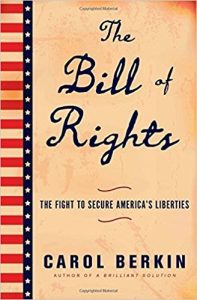 Review provided by OverDrive
The debate over the Bill of Rights still continues through many Supreme Court decisions. By pulling back the curtain on the short-sighted and self-interested intentions of the founding fathers, Berkin reveals the anxiety many felt that the new federal government might not survive—and shows that the true “original intent” of the Bill of Rights was simply to oppose the Antifederalists who hoped to diminish the government’s powers. This book is “a highly readable American history lesson that provides a deeper understanding of the Bill of Rights, the fears that generated it, and the miracle of the amendments” (Kirkus Reviews). 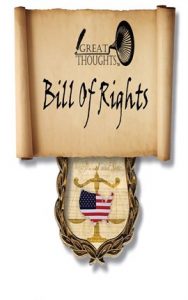 Review provided by Hoopla
A discussion of the historical influences on the creation of the Bill of Rights and the 17 next amendments to the Constitution as well as their influences on American life. 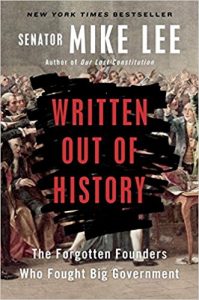 Review provided by OverDrive
In the earliest days of our nation, a handful of unsung heroes—including women, slaves, and an Iroquois chief—made crucial contributions to our republic. They pioneered the ideas that led to the Bill of Rights, the separation of powers, and the abolition of slavery. Yet, their faces haven't been printed on our currency or carved into any cliffs. Instead, they were marginalized, silenced, or forgotten—sometimes by an accident of history, sometimes by design. 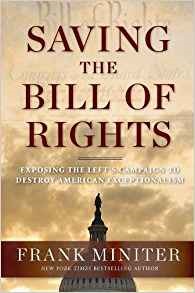