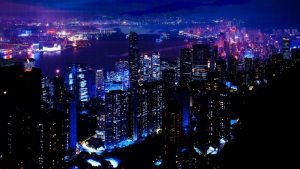 As defined by serious and highly academic resources, “Urban Fantasy, also sometimes called ‘Modern Fantasy’, is a genre that combines common fantasy conventions with a modern setting. The name ‘Urban Fantasy’ is sometimes taken to imply that all works in the genre must take place in a large city, but this is not the case. Rather, the name implies throwing fantasy elements into more modern, urban societies (hence its secondary name).” 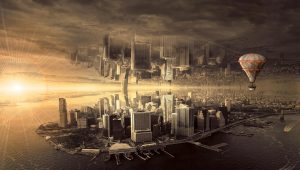 Apart from the setting, look at the way that urban fantasy looks at the world. How would the “normal” or “mundane” world would react to the idea of the supernatural being real? The concept is interesting because of the world-building possibilities. Imagine a world where a fairy attends church or a vampire works as a gas station attendant. Many of these narratives use the idea of a fairy or supernatural being as a metaphor for minorities, such as the vampires in the Sookie Stackhouse series or the Mercedes Thompson books. Secrecy, loyalty, and power dynamics in regards to gender, morality, and ethics are all common themes in urban fantasy. And it’s no coincidence that frequently the protagonist is a woman who is in some way connected to the supernatural; almost all of the protagonists in the titles on the Staff Picks List are women. These characters deal with a lot of problems, many normal and others not so normal—relationships, jobs, and juggling the life of a supernatural being with that of being a “regular” person. They must also often establish independence from toxic power dynamics. 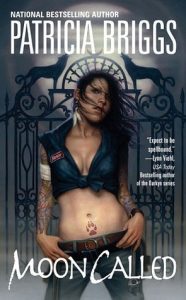 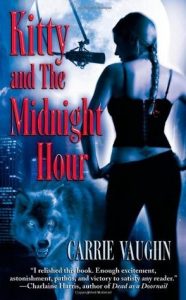 Consider these two strong, shapeshifting female protagonists. Created by Patricia Briggs, Mercedes “Mercy” Thompson is a shapeshifter, or a “skin walker”, who was raised by werewolves. She has an outsider’s status—she is not rejected from the pack, and therefore does not have to follow pack law or obey orders. Similarly, Kitty Norville of Kitty and the Midnight Hour by Carrie Vaughn starts her arc five years after a traumatic life event. On the night she was assaulted, she turned into a werewolf and started as low as one can get. She works as a radio DJ by night and begins a talk show about the supernatural that her pack alpha, Carl, and the local vampire lord do not like.

Each of these books carries weight—what goes on underneath the known world can often have horrible outcomes, and many would not know the epic struggles and turmoil of these characters. Every day, these characters wake up and have to live a double life and almost always can’t even reveal who they are to the ones they love (in much the same vein as superheroes). These protagonists carry a secret identity and the secrets of other worlds on their shoulders, while simultaneously working as a mechanic, a cashier, or just a radio DJ.