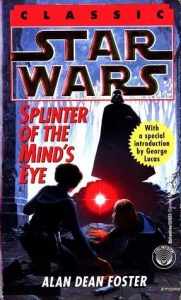 In 1977, the novelization of A New Hope was published six months before the initial film, entitled Star Wars: From the Adventures of Luke Skywalker. Ghostwritten by Alan Dean Foster, the book was based on the screenplay by Lucas. In 1978, Foster published another Star Wars book, Splinter of the Mind’s Eye, which is known as the first novel of the Star Wars Expanded Universe. Spanning well over three decades, the Expanded Universe was a slice of the Star Wars story. Focus could be put into the characters that populated the Galaxy Far, Far Away. Whole back stories could be fleshed out and questions answered—questions about the life of Obi-Wan Kenobi or the history of the Jedi temple and religion. 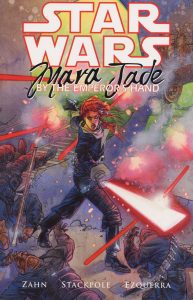 The founding of the Order, the creation of light sabers—all of it came from the Expanded Universe. The thing that most interested the fans, however, was what happened between and after the films ended. In the expanded universe, Leia and Han had not only gotten married, they had more than just one kid; a set of twins, Jaina and Jacen, and a son named Anakin (*gulp*). All three struggled with the Dark Side as their Grandfather did, and their adventures involved becoming Jedi and dealing with the ghosts of their Grandfather’s legacy. Luke got married, to a former Sith and concubine of Palpatine, Mara Jade, and had a son named Ben. 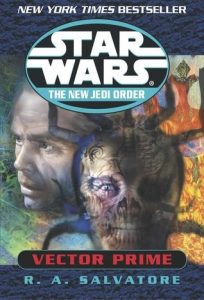 After the original trilogy, the Expanded Universe offered complex story arcs, new characters, and a way to understand the world many loved after the final credits rolled. So many were disappointed when, after Lucas Films was acquisitioned by Disney in 2014, the Expanded Universe was revised into “Legends”—nearly forty years of fiction, story, characters, all erased and essentially labeled “Fan Fic”. There were whole characters that began and ended between Episode VI and Episode IX. For instance (spoiler alert!), in Vector Prime, Chewbacca died in 25 ABY in the Destruction of Sernpidal. Luke had tried to teach Leia the ways of the Force (which would have been great to acknowledge after the flying Leia scene in Episode X). And do not be mistaken that, after Episode VI, there wasn’t still work to be done—the Emperor may have fallen, but there were still high ranking generals and majors floating around at the far reaches of the galaxy trying to maintain power. 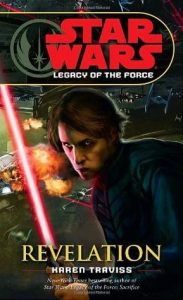 In honor of May the Fourth, Center for the Reader is displaying our many copies of the Expanded Universe in the Atrium to celebrate Star Wars Day, and be sure to check out our accompanying list, May the 4th Be with Us!