Today's staff pick comes from Dennis, who wrote about Looking for Mr. Goodbar by Judith Rossner:

On New Years Day 1973, schoolteacher Roseann Quinn was stabbed to death in her New York City apartment by John Wayne Wilson, an unbalanced drifter she had met only a couple of hours earlier in a local bar. The crime, surrounded by a haze of sordid rumors about the life of a single woman in the depths of the sexual revolution, became an immediate tabloid sensation. Coverage of the case inspired novelist Judith Rossner to write Looking for Mr. Goodbar, which begins with the capture of the murderer of Theresa Dunn, a New York City schoolteacher. The killer, Gary Cooper White, is nonplussed when he learns of her profession -- "Boy, some of the people they got teaching kids, I'm keeping mine out of school."

The novel then retraces the life of Theresa from early childhood to violent consummation. Rossner's imaginative reconstruction of Quinn is remarkable for its ambiguity. Theresa's first sexual relationship, with a manipulative professor, is a case in point -- although the professor is a thorough (and thoroughly believable) bastard, Theresa is not a simple innocent victimized by an older man in a position of authority, but neither is her sexual awakening a purely positive experience. Her double life is lampshaded by the lives of her two sisters -- one, married and boring, the other, liberated but miserable. The same dichotomy is expressed in the two men with whom she carries on simultaneous relationships in the latter half of the novel -- James, the caring lawyer who connects with her emotionally, and Tony, the violent hoodlum who both arouses and satisfies her lust. It is this lust which connects her to Gary and his world, but it is her fear of losing an empty freedom which drags her down to her end. 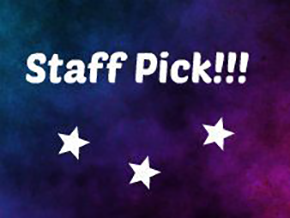