The St. Louis Walk of Fame honors notable people from St. Louis, Missouri, who made contributions to the culture of the United States. All inductees were either born in the Greater St. Louis area or spent their formative years here. The St. Louis Walk of Fame is located in the Delmar Loop where brass stars and bronze plaques are embedded in the sidewalks. Read these eBooks about these Walk of "Famers" who made their contribution in poetry. 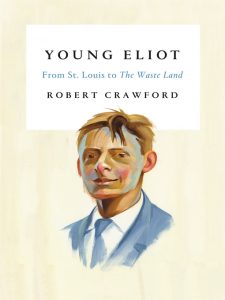 On the fiftieth anniversary of the death of T. S. Eliot, the award-winning biographer Robert Crawford presents us with the first volume of a comprehensive account of this poetic genius. Young Eliot traces the life of the twentieth century's most important poet from his childhood in St. Louis to the publication of his revolutionary poem The Waste Land. Crawford provides readers with a new understanding of the foundations of some of the most widely read poems in the English language through his depiction of Eliot's childhood—laced with tragedy and shaped by an idealistic, bookish family in which knowledge of saints and martyrs was taken for granted—as well as through his exploration of Eliot's marriage to Vivien Haigh-Wood, a woman who believed she loved Eliot "in a way that destroys us both." 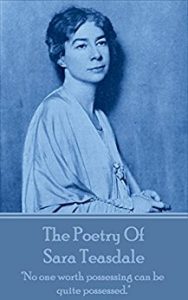 Sara Trevor Teasdale was born on August 8, 1884 in St Louis, Missouri. A woman of poor health her education finished in 1903 and her first poetry publication was in 1907. Her second in 1911. Sara's third poetry collection, Rivers to the Sea, was published in 1915 and was a best seller, being reprinted many times. She remains one of America's finest poets. 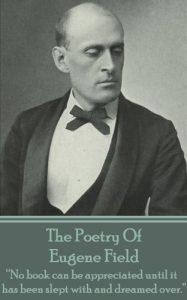 Eugene Field was born in St Louis Missouri on September 2, 1850. At age 6 Eugene's mother died and he was raised by his cousin Mary field French in Amherst, Massachusetts. His Father continued to practice law – famously pleading the case of Dred Scott, the slave who sued for his freedom. In 1875 he set to work as a journalist for the St. Joseph Gazette in Saint Joseph, Missouri. Later that year he married Julia Comstock, with whom he went on to have eight children. All his income henceforth was to be sent to his wife as he believed he had no head for money himself. Career wise Eugene became the city editor of the Gazette. His light, humorous articles written in a gossipy style, began to be syndicated. As life improved he began to write the poems for which he is so well known starting with "Lovers Lane". Eugene started to publish his poems in 1879, when his poem "Christmas Treasures" appeared in A Little Book of Western Verse. Over the years twelve volumes of poetry followed and he became well known for his light-hearted poems for children. Success after such a multi-faceted start must indeed have been gratifying. Eugene Field died in Chicago of a heart attack at the tragically early age of 45 on November 4th 1895. He is buried at the Church of the Holy Comforter in Kenilworth, Illinois. 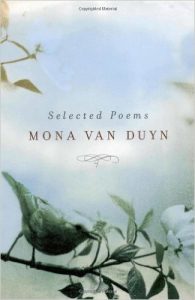 This generous selection of Mona Van Duyn's distinguished, award-winning work spans four decades. Beginning with her classic Valentines to the Wide World (1959), encompassing the intimate voice of Bedtime Stories (1972) and the moving Letters from a Father (1982), crowned by the life-spanning Firefall (1993), Selected Poems reacquaints us with a poet whose ear is keenly tuned to the music of nature and human conversation. In lively and varied forms, from her minimalist sonnets to her magisterial longer pieces, Van Duyn captures a multiplicity of worlds within her world, in a tone inflected by both Midwestern pragmatism and a deep metaphysical intelligence. As she contemplates the act of reading in bed, a Rhenish sculpture in the Cloisters, or the loss of her mother, the poet goes beyond context to discover consciousness: an expression of the larger ideas and emotions--finally, the art--in the smallest details of our lives.