Due to equipment failure, Barr Library will be closed on Thursday, July 9.

Did you know on Opening Days of the past, the St. Louis Cardinals:

Read about the home team with these titles from our digital collections. 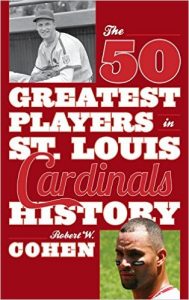 The St. Louis Cardinals are perhaps the most popular and successful franchise in National League history, having won more world championships than any other club in the league. Baseball greats such as Stan Musial, Rogers Hornsby, and Albert Pujols have all worn the Cardinals uniform. But which Cardinals are the finest in franchise history? Examining every player who has donned the Redbird uniform since 1892, Robert W. Cohen ranks the best of the best in The 50 Greatest Players in St. Louis Cardinals History. 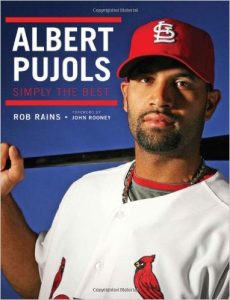 Every fan old enough to punch out the space next to his name on the All-Star ballot can tell you that Albert Pujols is a one in a generation hitter and the only player in baseball history to hit .300, hit 30 or more home runs and drive in 100 or more runs in his first eight seasons in the majors. Albert Pujols: Simply the Best offers a compelling portrait of this superstar's life and prolific career. 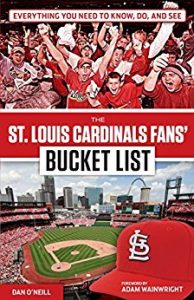 Every St. Louis Cardinals fan has a bucket list of activities to take part in at some point in their lives. But even the most die-hard fans haven't done everything there is to experience in and around St. Louis. From visiting Ballpark Village to learning how to do an Ozzie Smith backflip, author Dan O'Neill provides ideas, recommendations, and insider tips for must-see places and can't-miss activities near Busch Stadium. But not every experience requires a trip to St. Louis; long-distance Cardinals fans can cross some items off their list from the comfort of their own homes. Whether you're attending every home game or supporting the Cards from afar, there's something for every fan to do in The St. Louis Cardinals Fans' Bucket List. 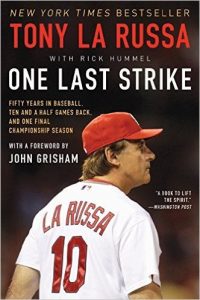 The team that refused to give up their manager in his final season A comeback that changed baseball After thirty-three seasons managing in Major League Baseball, Tony La Russa thought he had seen it all-that is, until the 2011 Cardinals. Down ten and a half games with little more than a month to play, the Cardinals had long been ruled out as serious postseason contenders. Yet in the face of those steep odds, this team mounted one of the most dramatic and impressive comebacks in baseball history, making the playoffs on the night of the final game of the season and going on to win the World Series despite being down to their last strike-twice. Now La Russa gives the inside story behind this astonishing comeback and his remarkable career, explaining how a team with so much against it was able to succeed on baseball's biggest stage. Opening up about the devastating injuries, the bullpen struggles, the crucial games, and the players who made it all possible, he reveals how the team's character shaped its accomplishments, demonstrating how this group came together in good times and in bad to become that rarest of things: a team that actually enjoyed it when the odds were against them.