In the spirit of all things Halloween, the St. Louis Public Library presents A Supernatural Afternoon With Jeff Belanger. The night before the event, Belanger will stay at St. Louis’ Lemp Mansion, in an attempt to meet and hopefully communicate with the many discarnate souls rumored to dwell within.

Have you ever felt that you weren't the only person in the room? Then all of a sudden you hear a strange sound, feel a breeze pass by or see something flash. These titles from our digital collections can help you understand why some people see ghosts. 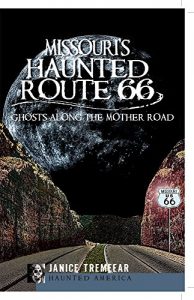 Alongside the nostalgic appeal of Route 66 lurk ghostly roadside hitchhikers, the Goatman of Rolla, amusement park spirits, Civil War dead and the shadows thrown by the mighty Thunderbird. Spanning three hundred dangerously curving miles, the stretch of the Mother Road in Missouri earned the title of "Bloody 66," and some of its stopping places are marked by equally grim history. The Lemp Mansion saw family members commit suicide one by one. Springfield's Pythian Castle was an orphanage before becoming a military hospital and housing World War II prisoners of war. Follow Janice Tremeear as she takes a detour down Zombie Road, peers into the matter of the Joplin Spook Light and even stays overnight in Missouri's most haunted locations to discover what makes the Show Me State such a lively place for the dead. 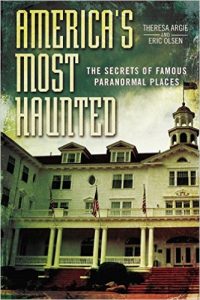 In America's Most Haunted, "Haunted Housewife" investigator Theresa Argie and journalist Eric Olsen team up to take you on a first-person tour of some of America's most active paranormal hotspots. Experience the crawl through the death tunnel where visitors have reported sightings of an inhuman creature that creeps along the walls and ceilings. Walk the decks of the Queen Mary with the hundreds of souls that met their ends in watery graves. And get to know the spirits that wait in jails, mansions, lunatic asylums, and even a stately old hotel. 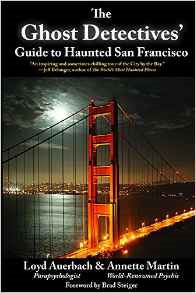 Revealing a side of the famed city that tourists rarely experience, this handbook uncovers a hidden realm of ghosts, apparitions, and paranormal phenomena in San
Francisco. The guide delves into the haunted hotspots that unsuspectedly lie in the city’s most famous landmarks and neighborhoods, including Alcatraz, Chinatown, and the Presidio, while directions to each hair-raising location are provided, encouraging adventurous sightseers to seek out their own ghostly encounters. With the history of each frightening locale, the probable life stories of their resident spirits, and actual transcripts of their conversations with a psychic, this supernatural study delivers a realistic feel for encountering the uncanny. 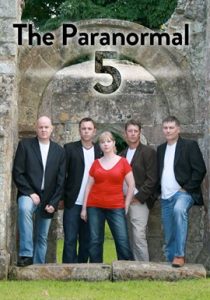 The team investigates the Rose of Denmark pub in Bristol. Reports of paranormal activity include a falling chalkboard, rolling of barrels and taps turning on. After a
technical investigation a spirit medium is brought in who makes contact with a woman named Victoria who gives details of the events that led to her death.