June was chosen for LGBT (Lesbian, Gay, Bisexual, and Transgender) Pride Month to commemorate the Stonewall riots, which occurred in 1969. Pride events are held during this month to recognize the impact LGBT people have had in their community. These titles from our digital collection can raise an understanding of the LGBT community. 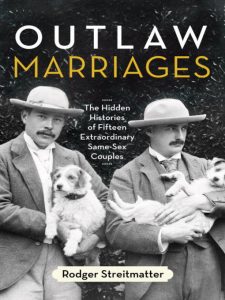 For more than a century before gay marriage became a hot-button political issue, same-sex unions flourished in America. Pairs of men and pairs of women joined together in committed unions, standing by each other "for richer for poorer, in sickness and in health" for periods of thirty or forty—sometimes as many as fifty—years. In short, they loved and supported each other every bit as much as any husband and wife.
In Outlaw Marriages, cultural historian Rodger Streitmatter reveals how some of these unions didn't merely improve the quality of life for the two people involved but also enriched the American culture. 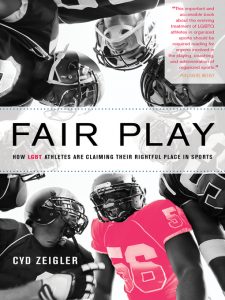 Virginia's Hampton Roads region has long attracted diverse and mobile people, some of whom embraced same-sex love or fluid gender identities long before lesbian, gay, bisexual, and transgender (LGBT) communities identified as such. By the mid-1900s, Hampton Roads would lead the state in its development of LGBT institutions and infrastructure. Our Own Press would chronicle the extraordinary burst of creativity and activism that seemed to place LGBT developments in the region on a national stage. In the late 1980s and 1990s, however, military crackdowns and the HIV/AIDS epidemic devastated the leadership of local LGBT communities. Only in the new century would there be a renaissance of networking and engagement to bring the annual Pride Festival to center stage at Town Point Park in Norfolk. 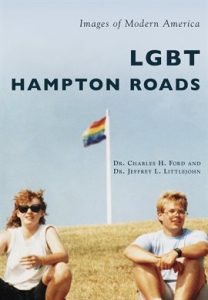 "This important and accessible book about the evolving treatment of LGBTQ athletes in organized sports should be required reading for anyone involved in the playing, coaching, and administration of organized sports. Zeigler, an expert in LGBTQ athletics and cofounder of the online magazine Outsports, revisits key moments that have shaped sports participation for openly LGBTQ athletes....The author debunks the myth that having a nonstraight athlete on a team's roster is a 'distraction' and shares positive stories of younger athletes at high school and college levels who have come out to coaches, teammates, and family members. Zeigler argues that the dominant emotion holding back LGBTQ athletes is fear, reminding them and everyone else that courage is contagious." —Publishers Weekly 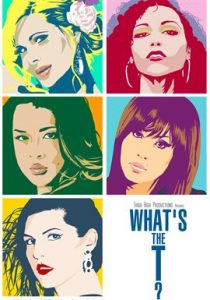 T as in "trans-gender." Award winning documentary exploring the challenges, successes and lives of five trans-gender women - who began life as males.