Sir Roger Moore was the third actor to play secret agent James Bond, in seven of the films. He was knighted by Queen Elizabeth II for "services to charity". Remember the longest-serving James Bond actor with these titles from our digital collections. 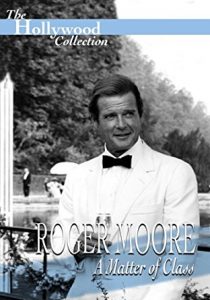 Here is Roger Moore's own story, as told by the famous actor himself. This profile also includes the recollections of colleagues and friends like Gregory Peck, Michael Caine, Tony Curtis, Carroll Baker and Maud Adams. 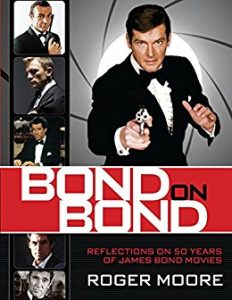 The Bond movies remain the longest continually running film series in movie history. As the over 1 billion dollar worldwide take of last year's Skyfall showed, James Bond remains an iconic and beloved franchise. While there have been other actors that have taken on the coveted role of James Bond, one of the most renowned and beloved 007s, is the charming and charismatic Sir Roger Moore. To celebrate these films and their cultural heritage, Roger Moore has written a book that features all the Bond movies, along with a wonderfully witty account of his own involvement in them.
From the girls to the villains, the cars to the cocktails, the gadgets, locations and everything else, this beautiful book is illustrated with hundreds of iconic images from all the films plus many previously unseen photos from the Bond archive. This is the ultimate James Bond book, written by the ultimate insider, with all the affection and good humor Moore brought to the role. It is the perfect gift for all fans of these much loved films. 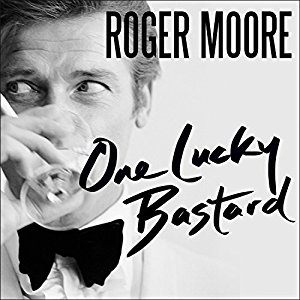 In a career that spans over seven decades, Roger Moore has been at the very heart of Hollywood. Of course, he's an actor who has starred in films that have made him famous the world over; but he is also a tremendous prankster, joker, and raconteur. Despite the fact that he is widely known as one of the nicest guys in the business, on and off the screen he has always been up for some fun. In this fabulous collection of true stories from his stellar career, Moore lifts the lid on the movie business, from Hollywood to Pinewood. One Lucky Bastard features outrageous tales from his own life and career, as well as those told to him by a host of stars and filmmakers, including Tony Curtis, Sean Connery, Frank Sinatra, Gregory Peck, Peter Sellers, and many more. 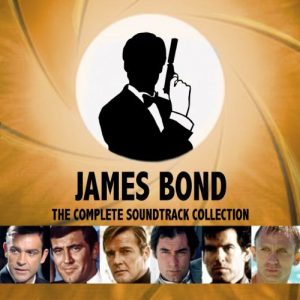