When a book is made into a major motion picture, it is said to read the book first. Download these titles that are coming to a theater near you from our digital collections. 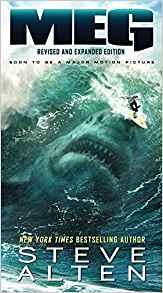 Review provided by Hoopla
On a top-secret dive into the Pacific Ocean's deepest canyon, Jonas Taylor found himself face-to-face with the largest and most ferocious predator in the history of the animal kingdom. The sole survivor of the mission, Taylor is haunted by what he's sure he saw but still can't prove exists-Carcharodon megalodon, the massive mother of the great white shark. The average prehistoric Meg weighs in at twenty tons and could tear apart a Tyrannosaurus rex in seconds. Written off as a crackpot suffering from post-traumatic stress disorder, Taylor refuses to forget the depths that nearly cost him his life. With a PhD in paleontology under his belt, Taylor spends years theorizing, lecturing, and writing about the possibility that Meg still feeds at the deepest levels of the sea. But it takes an old friend in need to get him to return to the water, and a hotshot female submarine pilot to dare him back into a high-tech miniature sub. Diving deeper than he ever has before, Taylor will face terror like he's never imagined, and what he finds could turn the tides bloody red until the end of time. 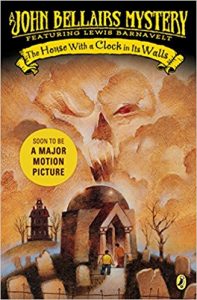 Review provided by OverDrive
When Lewis Barnavelt, an orphan, comes to stay with his uncle Jonathan, he expects to meet an ordinary person. But he is wrong. Uncle Jonathan and his next-door neighbor, Mrs. Zimmermann, are both witches! Lewis is thrilled. At first, watchng magic is enough. Then Lewis experiments with magic himself and unknowingly resurrects the former owner of the house: a woman named Serenna Izard. It seems that Serenna and her husband built a timepiece into the walls—a clock that could obliterate humankind. And only the Barnavelts can stop it! 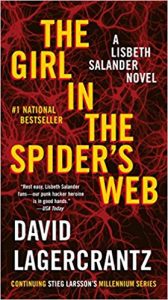 Review provided by OverDrive
A genius hacker who has always been an outsider. A journalist with a penchant for danger. She is Lisbeth Salander, the girl with the dragon tattoo. He is Mikael Blomkvist, crusading editor of Millennium. One night, Blomkvist receives a call from a source who claims to have been given information vital to the United States by a young female hacker. Blomkvist, always on the lookout for a story, reaches out to Salander for help. She, as usual, has plans of her own. Together they are drawn into a ruthless underworld of spies, cybercriminals, and government operatives—some willing to kill to protect their secrets. 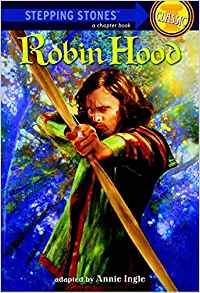 Review provided by OverDrive
Life in Sherwood Forest is livelier than ever with this selection of tales of the fun-loving outlaw and his merry men. A fast-moving adaptation of the classic adventure will delight older slow readers, as well as kids reading at grade level.