When a book is made into a major motion picture, it is said to read the book first.  Download these titles from our digital collections that are coming to a theater near you. 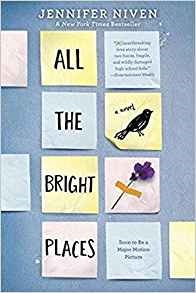 Review provided by OverDrive
Theodore Finch is fascinated by death, and he constantly thinks of ways he might kill himself. But each time, something good, no matter how small, stops him. Violet Markey lives for the future, counting the days until graduation, when she can escape her Indiana town and her aching grief in the wake of her sister's recent death. When Finch and Violet meet on the ledge of the bell tower at school, it's unclear who saves whom. And when they pair up on a project to discover the "natural wonders" of their state, both Finch and Violet make more important discoveries: It's only with Violet that Finch can be himself—a weird, funny, live-out-loud guy who's not such a freak after all. And it's only with Finch that Violet can forget to count away the days and start living them. But as Violet's world grows, Finch's begins to shrink. 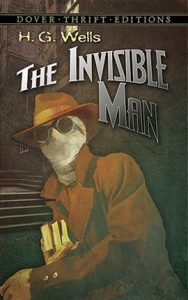 Review provided by Hoopla
First published in 1897, The Invisible Man ranks as one of the most famous scientific fantasies ever written. Part of a series of pseudoscientific romances written by H. G. Wells (1866–1946) early in his career, the novel helped establish the British author as one of the first and best writers of science fiction. Wells' years as a science student undoubtedly inspired a number of his early works, including this strikingly original novel. Set in turn-of-the-century England, the story focuses on Griffin, a scientist who has discovered the means to make himself invisible. His initial, almost comedic, adventures are soon overshadowed by the bizarre streak of terror he unleashes upon the inhabitants of a small village. Notable for its sheer invention, suspense, and psychological nuance, The Invisible Man continues to enthrall science-fiction fans today as it did the reading public nearly 100 years ago. 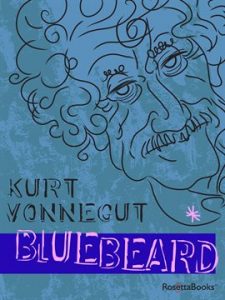 Review provided by  Hoopla
Bluebeard, published in 1987, is Vonnegut's meditation on art, artists, surrealism, and disaster. Meet Rabo Karabekian, a moderately successful surrealist painter, who we meet late in life and see struggling (like all of Vonnegut's key characters), with the dregs of unresolved pain and the consequences of brutality. Loosely based on the legend of Bluebeard (best realized in Bela Bartok's one-act opera), the novel follows Karabekian through the last events in his life that is heavy with women, painting, artistic ambition, artistic fraudulence, and as of yet unknown consequence. Vonnegut's intention here is not so much satirical (although the contemporary art scene would be easy enough to deconstruct), nor is it documentary (although Karabekian does carry elements of Jackson Pollock and Mark Rothko). Instead, Vonnegut is using art for the same purpose he used science fiction cliches in Slaughterhouse-Five; as a filter through which he can illuminate the savagery, cruelty, and the essentially comic misdirection of human existence. Readers will recognize familiar Vonnegut character types and archetypes as they drift in and out through the background; meanwhile, Karabekian, betrayed and betrayer, sinks through a bottomless haze of recollection. Like most of Vonnegut's late works, this is both science fiction and cruel contemporary realism at once, using science fiction as metaphor for human damage as well as failure to perceive. Readers will find that Vonnegut's protagonists can never really clarify for us whether they are ultimately unwitting victims or simple barbarians, leaving it up to the reader to determine in which genre this book really fits, if any at all. 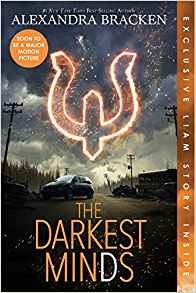 Review provided by OverDrive
When Ruby woke up on her tenth birthday, something about her had changed. Something alarming enough to make her parents lock her in the garage and call the police. Something that gets her sent to Thurmond, a brutal government "rehabilitation camp." She might have survived the mysterious disease that's killed most of America's children, but she and the others have emerged with something far worse: frightening abilities they cannot control. Now sixteen, Ruby is one of the dangerous ones. When the truth comes out, Ruby barely escapes Thurmond with her life. Now she's on the run, desperate to find the one safe haven left for kids like her—East River. She joins a group of kids who escaped their own camp. Liam, their brave leader, is falling hard for Ruby. But no matter how much she aches for him, Ruby can't risk getting close. Not after what happened to her parents. When they arrive at East River, nothing is as it seems, least of all its mysterious leader. But there are other forces at work, people who will stop at nothing to use Ruby in their fight against the government. Ruby will be faced with a terrible choice, one that may mean giving up her only chance at a life worth living.