When a book is made into a major motion picture, it is said to read the book first. Download these titles from our digital collections that are coming to a theater near you. 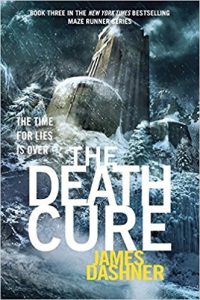 Review provided by OverDrive
Book three in the blockbuster Maze Runner series that spawned a movie franchise and ushered in a worldwide phenomenon! And don't miss The Fever Code, the highly-anticipated series conclusion that finally reveals the story of how the maze was built! It's the end of the line. WICKED has taken everything from Thomas: his life, his memories, and now his only friends—the Gladers. But it's finally over. The trials are complete, after one final test. Will anyone survive? What WICKED doesn't know is that Thomas remembers far more than they think. And it's enough to prove that he can't believe a word of what they say. The truth will be terrifying. Thomas beat the Maze. He survived the Scorch. He'll risk anything to save his friends. But the truth might be what ends it all. The time for lies is over. The Maze Runner and Maze Runner: The Scorch Trials are now major motion pictures featuring the star of MTV's Teen Wolf, Dylan O'Brien; Kaya Scodelario; Aml Ameen; Will Poulter; and Thomas Brodie-Sangster. The third movie, Maze Runner: The Death Cure, will hit screens in 2018. 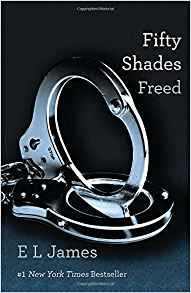 Review provided by OverDrive
MORE THAN 100 MILLION COPIES SOLD WORLDWIDE
FIFTY SHADES OF GREY IS SOON TO BE A MAJOR MOTION PICTURE When unworldly student Anastasia Steele first encountered the driven and dazzling young entrepreneur Christian Grey it sparked a sensual affair that changed both of their lives irrevocably. Shocked, intrigued, and, ultimately, repelled by Christian's singular erotic tastes, Ana demands a deeper commitment. Determined to keep her, Christian agrees. Now, Ana and Christian have it all--love, passion, intimacy, wealth, and a world of possibilities for their future. But Ana knows that loving her Fifty Shades will not be easy, and that being together will pose challenges that neither of them would anticipate. Ana must somehow learn to share Christian's opulent lifestyle without sacrificing her own identity. And Christian must overcome his compulsion to control as he wrestles with the demons of a tormented past. 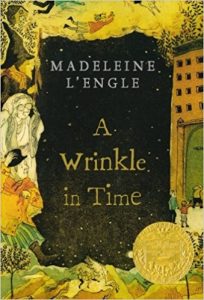 Review provided by OverDrive
Madeleine L'Engle's ground-breaking science fiction and fantasy classic, soon to be a major motion picture. It was a dark and stormy night; Meg Murry, her small brother Charles Wallace, and her mother had come down to the kitchen for a midnight snack when they were upset by the arrival of a most disturbing stranger. "Wild nights are my glory," the unearthly stranger told them. "I just got caught in a downdraft and blown off course. Let me sit down for a moment, and then I'll be on my way. Speaking of ways, by the way, there is such a thing as a tesseract." A tesseract (in case the reader doesn't know) is a wrinkle in time. To tell more would rob the reader of the enjoyment of Miss L'Engle's unusual book. A Wrinkle in Time, winner of the Newbery Medal in 1963, is the story of the adventures in space and time of Meg, Charles Wallace, and Calvin O'Keefe (athlete, student, and one of the most popular boys in high school). They are in search of Meg's father, a scientist who disappeared while engaged in secret work for the government on the tesseract problem. 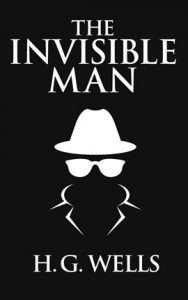 Review provided by Hoopla
One night a stranger wrapped in bandages and eccentric clothing arrives in an English village. That stranger, Griffin, is a brilliant and obsessed scientist who has discovered how to turn his entire body invisible. Although he initially feels joy at his newfound freedom and abilities, that joy quickly turns to despair when he struggles to discover a way to reverse the process. As Griffin gradually loses his sanity, his initial, almost-comedic adventures as an invisible man become overshadowed by a streak of more terrifying acts...First published in 1897, The Invisible Man ranks as one of the most famous scientific fantasies ever written. Part of a series of pseudoscientific romances written by Wells early in his career, the novel helped establish the British author as one of the first and best writers of science fiction, and it continues to enthrall science-fiction fans today as much as it did its first readers nearly one hundred years ago.