Raines law was a liquor tax intended to reduce the consumption of alcohol in New York. The law was authored by John Raines and passed in March of 1896. It made the sale of liquor illegal on Sundays, except if sold at a hotel. For the purpose of the law, a hotel was defined as a place which served food and had at least 10 rooms for rent. Instead of bars and saloons closing on Sundays, as Raines had hoped, most converted themselves into “hotels” and began offering “sandwiches”. 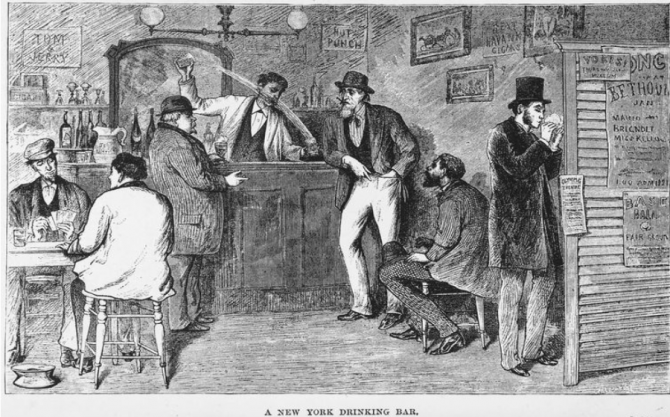 Bars accomplished this feat by subdividing rooms above the bar and offering them for rent. These rooms were often sparsely furnished, if they had anything besides a bed, and were available for cheap prices. The location, price and convenience led to many of these establishments being run as de facto brothels.

The sandwiches were not any better. Stories emerged of bars providing the same sandwich over and over, and just moving it around the bar. Others tell of bar keepers mocking the law by serving brick sandwiches, which were a brick between two slices of bread.

After nationwide prohibition started in 1920, and the state realized the unintended consequences, the law was repealed in 1923.