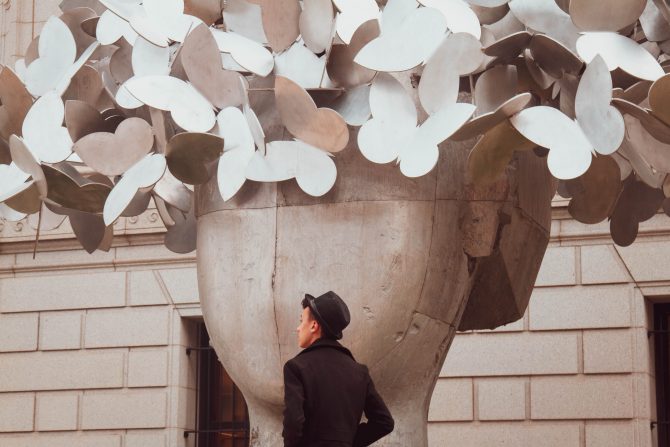 Tyler has been using the books and databases at Central Library to research his family's history ever since his school visited on a field trip. In addition to his own family, he has researched the ancestry of over a dozen family friends.

If you asked 13-year-old Tyler what makes up his ancestral heritage he would tell you, with confidence, down to the hundredth percent. That's because Tyler has become somewhat of an expert on genealogy research by using the free resources available to St. Louis Public Library patrons at the Central Library. Born to a Vietnamese father and a European mother, Tyler became interested in his genetic makeup after receiving the results of two DNA tests from competing companies and discovering contradictions. Soon after receiving the results that gave him more questions than answers, his school, South City Catholic Academy, took him on a field trip to the Central Library where he discovered the 3rd floor Genealogy room. Quickly, he got to work.

1. What do you hope to learn through your research?

I just want to know my ethnic makeup because I’ve taken two DNA tests and they’re quite different from each other because they’re different companies so I thought that doing real genealogy work would give the most precise percentages for my ethnic backgrounds.

2. Why did you first get interested in learning about your heritage?

It first started in 3rd grade when I read a book about WWII and about the conflict in Europe. And so I became interested in the wars between European countries and I wanted to see which one of those European countries I was from.

3. What’s the most interesting or surprising thing you discovered in your research?

By far the most interesting thing is I am related very distantly to the British Royal family.

4. Can you tell me about brick walls in genealogy?

A brick wall is basically a dent in your genealogy work.  For example the 1890 census was burned in a 1921 fire. So usually the 1890s are a very hard period to get around because the census was burned. But in terms of African Americans usually you can never truly get that far. The further you can get is the 1820s which is not very far. And its nearly impossible to find your way back to Africa for African Americans. 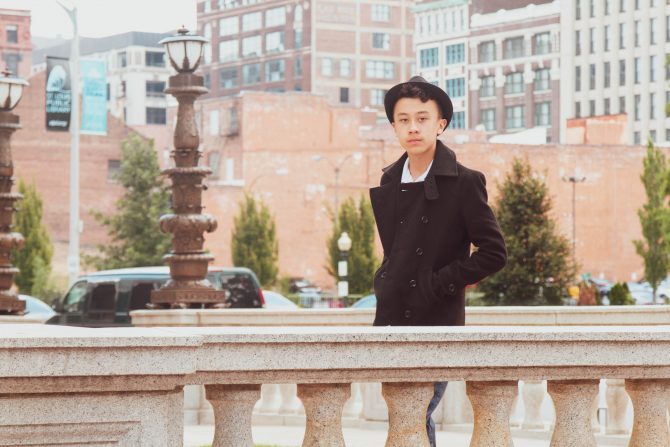 "At the end of my genealogy research I want to make a book called 'The American Story' which is basically a coffee table [book] showing the ethnicities of average Americans, from every race, every background, because Americans are very diverse."

5. What has been the most challenging aspect of your research?

There’s a couple brick walls like stops in genealogy. What’s really hard for me is my great great great grandfather, I have never been able to find who he was but we do know that he was from Germany, was born in Germany, and he was supposedly a Jew, but we are not sure if he was. But that’s always been a question on my mind like am I part Jewish or is it just regular German or what is it?

6. What tools are you using in the Genealogy room and how are they helping you?

So usually I use the computer and I usually use things from Ancestery.com and Family Search. Sometimes if I get stuck I will usually look at a book pertaining to my subject but on Ancestry.com. On Family Search I also look at a lot of public family trees but Family Search has records you can just look at like the census, marriage records and such, all the vital records. Usually I try to print out as much stuff as I can because you know the more evidence you have the better.

7. What have you learned so far about yourself and your family?

I found out that my great great grandfather on my mom’s side he was half German half Swiss and my great grandmother’s great grandfather was born in Germany and my great grandfather he is a third Irish so those are like the big contributions to my ethnicity but I assume there’s probably a lot of English in there as well because of the Colonial Times. I’ve gotten pretty far back to the colonial times but I use this genealogy website called Family Search and they make family trees for you. But they’ve gone far back to like the middle ages, but I would consider those records of those people less accurate because the further back you go there’s less way to prove that person was the right person so I just mostly focus on the recent stuff like after America was founded. I usually try to get to Europe but I don’t try to go too far into Europe because Europe has been around for so long. 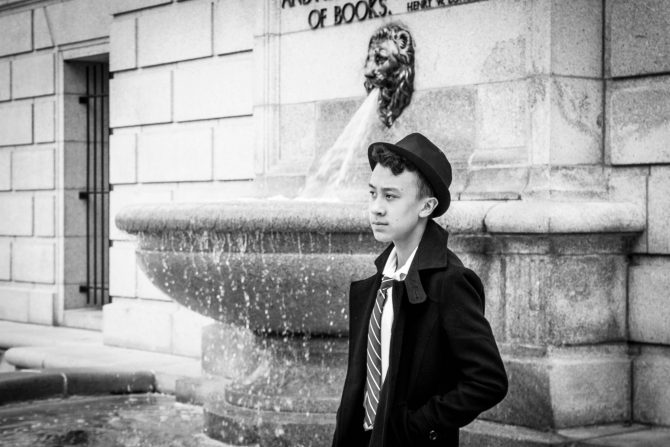 8. How has the staff in the Genealogy room helped?

Oh yeah they are very helpful. I would really like to mention Nancy. She works in the lab. She was the lady that first helped me with how to actually find all these things searching, all the little tricks and stuff. And she’s helped me with the brick walls a lot. That English on my pie chart, if it wasn’t for her I wouldn’t have found that. Yeah and also they’re all very friendly like Cynthia, Tom, and Nancy are all very friendly.

9. What do you do with the things you learn from your research?

For me usually I like to show the side of my family that I just researched to see if it rings a bell in their head. Like, “Oh I remember that name. That name sounds familiar to me.” Usually I like to make pie charts of my DNA but not actual DNA just based on where my ancestors were born. At the end of my genealogy research I want to make a book called “The American Story” which is basically a coffee table [book] showing the ethnicities of average Americans, from every race every background because Americans are very diverse.

Visit the Genealogy blog here and learn more about the resources available to patrons by calling 314-241-2288 and asking for the Genealogy room.