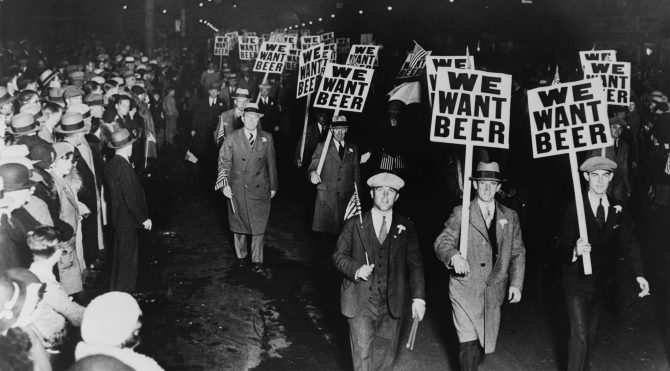 Only two years after the start of Prohibition the country was truly starting to run dry. Private stockpiles had been drank and there was still a large demand for alcohol. Small hidden stills and home brewing could only produce so much and thus bootleggers turned to denatured alcohol. Denatured alcohol is alcohol produced for industrial use made undrinkable by adding various toxic or unappetizing chemicals. 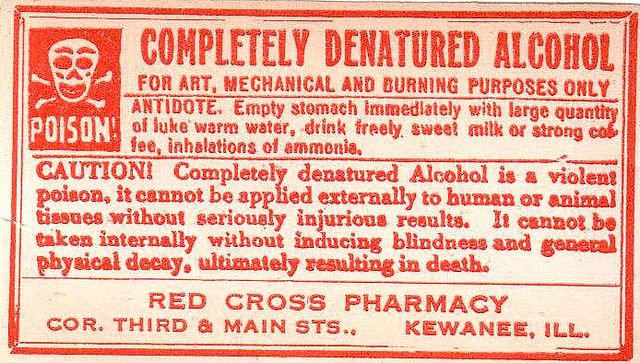 By redistilling denatured alcohol most of these added chemicals could be removed and what was left was now drinkable alcohol. As thefts of industrial alcohol rose, nearly 10 million gallons were stolen, the government stepped in to provide a new formula to prevent the “renaturing” process. The formula called for the adding of 4 parts methyl alcohol (wood alcohol) and several other smaller quantities of other chemicals to 100 parts of ethyl alcohol. It was the adding of methyl alcohol which caused the problems. Though bootleggers knew the methyl alcohol had been added to the industrial alcohol they were stealing, they thought it could be removed. Methyl alcohol has a boiling point of 151 degrees Fahrenheit, while the drinkable alcohol boiled at 173 degrees. So by carefully regulating the temperature some of the poisonous alcohol could be removed, but as the public and bootleggers would later learn, it was impossible to remove all of it.

By 1927 it was estimated that 50,000 people had died and thousands other were crippled by paralysis and blindness due to the consumption of this alcohol. The large number of deaths forced the bootleggers and the government to rethink their choices. The government, which faced the majority of the backlash, lowered the amount of methyl alcohol down to two parts and started working on other means to stop consumption. Bootleggers moved more heavily into distilling their own alcohol.

The Joy of Home Distilling