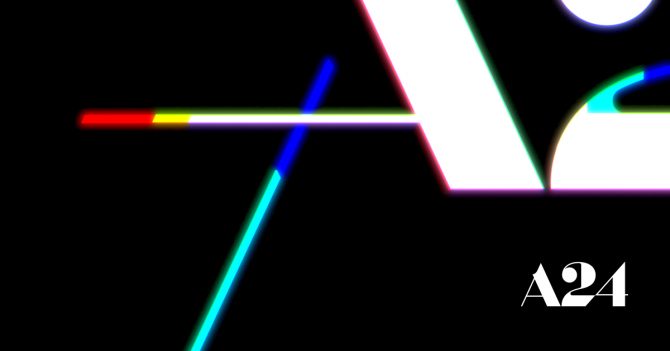 You may not recognize the name A24 or know what it is but you might recognize the logo. Since 2012, it has appeared before some of the most exciting and critically successful films. Its films have garnered a total of twenty-five Academy Award nominations as of 2019, with Moonlight winning best picture in 2017. Aside from motion pictures, the company has produced acclaimed televised content for both streaming and cable, including 2 Dope Queens, At Home with Amy Sedaris, and comedy specials for Ramy Youssef, Anthony Jeselnik, Julio Torres, and John Mulaney.

A24’s real success has been its film production and distribution. Their filmography features some of the most well-received films of the past decade, and nearly all are available to check out from St. Louis Public Library. Luckily, many are available via Hoopla for streaming at home while you're stuck inside.

The End of the Tour (2015) - A funny and touching exploration of fame, success, and friendship, as we follow journalist David Lipsky (Jesse Eisenberg) during 5 days he spent on the road interviewing renowned and reclusive novelist David Foster Wallace (Jason Segel).

Ex Machina (2014) - A young programmer is selected to participate in a breakthrough experiment in artificial intelligence by evaluating the human qualities of a breathtaking female A.I. From Alex Garland, writer of 28 Days Later and Sunshine.

The Florida Project (2017) - Set just outside the most magical place on earth, 6-year-old Moonee and her two best friends live each day to the fullest while Moonee's struggling mom and a kindly motel manager protect the kids from the harsh reality that surrounds them.

The Lobster (2016) - A hilarious romantic fable, this highly acclaimed film centers on recently-divorced David (Colin Farrell) as he searches for a new love within 45 days-at which point, if he's still single, he will be turned into a lobster.

Under the Skin (2014) - Based on the novel by Michel Faber (The Crimson Petal and the White), UNDER THE SKIN examines human experience from the perspective of an unforgettable heroine who grows too comfortable in her borrowed skin, until she is abducted into humanity with devastating results.

Fortunately, A24 shows no sign of slowing, with upcoming releases from Kelly Reichardt, David Lowery, and a new adaptation of Macbeth directed by Joel Coen in his first directorial appearance without his brother Ethan.