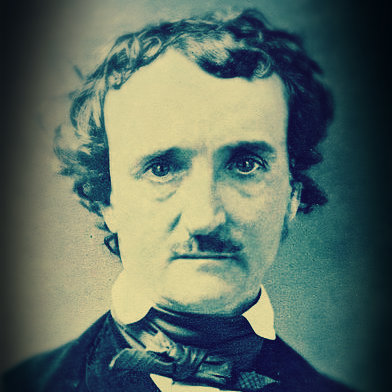 As improbable as it sounds today, the only book published under Edgar Allan Poe’s name to go into a second edition during his lifetime was The Conchologist’s First Book - a textbook about seashells. In fact, there was even a third edition, of which we hold a copy in Rare Books and Special Collections.

In 1839, Poe was hired by Professor Thomas Wyatt to ghostwrite an abridged, less expensive version of his Manual of Conchology. Wyatt’s publisher had refused to print a cheaper edition he could sell at his shell collecting lectures. Poe was paid $50 for his work, much of which was borrowed heavily from the earlier book. However, parts of the introduction and several of the illustrated plates seemed to have been appropriated from The Conchologist’s Text-Book written by Captain Thomas Brown and published in Glasgow a few years earlier. Although international copyright laws were not what they are today, Poe faced accusations of plagiarism. In subsequent printings his name was removed from the title page, with his initials only affixed to the preface.

In 1993, Natural History magazine published an entertaining article which discussed Poe’s most unlikely book. Written by the late American paleontologist and popular science author Stephen Jay Gould, “Poe’s Greatest Hit,” is accessible to SLPL cardholders and just a few clicks away. At the top of this page select Digital Content -->  A-Z Resources --> MasterFILE and log in with your card number and 4 digit pin. Type in Poe’s Greatest Hit and the full text becomes available to read online, download, print, email, or share on your favorite social network.

One of our many research databases, MasterFILE Premier is a digital collection of general reference materials. Its content includes more than 1,600 full-text magazines and journals, nearly 450 reference books, thousands of primary source documents, and more than one million photographs and maps.

The tale surrounding The Conchologist’s First Book has also been touched on by Poe biographers through the years. I recently consulted A Dream Within A Dream, Edgar Allan Poe, and Poe, three contemporary biographies available at St. Louis Public Library for check out.