Christmas is a time for celebration, togetherness and terrible music repeated incessantly. Fortunately, there are a few gems out there worth a listen a time or two or several during the holiday season.

A Christmas Gift For You From Phil Spector, opens a new window

This great recording from 1963 is Darlene Love’s, opens a new window chance to shine in the spotlight.  Of course, there’s Love’s “Christmas (Baby Please Come Home)” but there’s also “Winter Wonderland” and the lesser played but equally festive “Marshmallow World”. The Crystals, opens a new window, well-known for their hit “Then He Kissed Me, opens a new window” belts out a jolly version of “Santa Claus Is Coming To Town”. Obviously The Ronettes with Ronnie Spector make an appearance with the bouncy “Sleigh Ride” and “I Saw Mommy Kissing Santa Claus”. There is, however, a couple of filler tunes such as “The Bells of St. Mary” by Bobbi Soxx and The Blue Jeans, opens a new window on here. The only real miss on this collection is the closer “Silent Night” which features Phil Spector acknowledging the other stars in a goofy spoken word accompaniment. 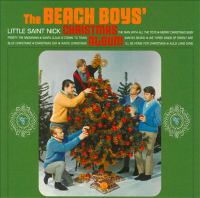 Although known for their songs of summer, sunshine and surfing, The Beach Boys also put out a few Christmas favorites that are all gathered here on this Capitol reissue. The album kicks off with “Little Saint Nick” showcasing the band’s rock and harmony sound. The first twelve tracks were released in 1964 on the original mono album, but there is also a few tunes from 1970s such as “Child Of Winter” written by Brian Wilson and collaborator Steve Kalinich. There’s also the Dennis Wilson solo turn on the hymn-like “Morning Christmas”. However, you can’t keep the sun and surf down for too long so regrettably the uninspired “Melekalimaka” (not to be confused with the Bing Crosby tune) rears its awful head with bad riffs and crummy lyrics. Included in this album are a few bonus tracks with various band member Christmas interviews and announcements to round it all out.

Bob Dylan: Christmas In The Heart, opens a new window

At first I thought it was just a joke and once I found it to be true I was pretty sure it had to be awful. All kidding aside, there really is a Bob Dylan Christmas album and it’s actually pretty good. The album is a collection of traditional tunes with fairly straightforward arrangements. It’s almost as if Bob recorded his voice over somebody’s karaoke CD. Even the cover art looks like it was intended for some department store filler. But somehow it all works. Of course, Dylan’s voice shows some age, and that’s good. It fits the songs and somehow makes the well-worn tunes feel a bit more sincere and less hackneyed. Highlights include the up-tempo “It Must Be Santa” and the classic standard “I’ll Be Home For Christmas”. It’s nice to hear somebody inject some life into these interminable classics without resorting to dance remixes or vocal gymnastics. 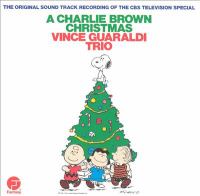 One great thing about the holiday season is all the feeling of nostalgia for Christmas’ past. This album is steeped in that and then some. Like many others, I’ve listened to Guaraldi’s music since childhood and this just never gets old or overplayed. Originally released in 1965, this undoubtedly influenced many listeners and musicians as the gateway to jazz selling over three million copies. Perfect for background music at a party or singing a loud rendition of “Christmas Time Is Here” when you’re filled with too much holiday cheer, the album is sure to please even the most jaded Grinch in your midst.