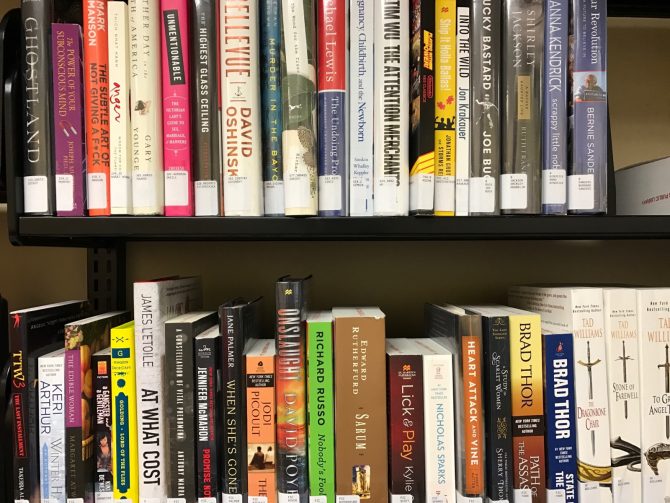 We're always looking to find new and interesting titles to add to our collection at Schlafly. Here are some of the new non-fiction titles we've recently purchased:

Ghostland - Colin Dickey travels the United States to make sense of some of its most haunted places. It's much more than a list of local ghost stories, but more an exploration into the spaces that captivate us and how stories of the dead affect the living.

Another Day in the Death of America - Author Gary Younge chose a single day -- November 13, 2013 -- to write about the deaths of ten young Americans via gun violence. It's not an explicit call for gun control, but an examination of a culture where the topic can't even reasonably be discussed.

Unmentionable - Therese Oneil's hilarious history of the social and private expectations of Victorian women. Read this and prepare to never enjoy Jane Eyre or Tess of the d'Urbervilles the same way again.

Bellevue - From Pulitzer Prize-winning author David Oshinsky comes a history of America's oldest hospital. Today it has a sterling international reputation, but that comes after centuries of butchery and quackery. It's a story of a hospital, but also of New York and America's long road to responsible medical care of its citizens with developmental disabilities and mental illness.

Lucky Bastard - Jack Buck is one of St. Louis' most beloved figures. His son Joe remains a bit more divisive. This self-deprecating memoir from Joe Buck talks about a life spent in our city, growing up in his father's shadow and the insecurity and self-doubt that comes with living a public life.

The Wood for the Trees - Several years ago, scientist Richard Fortey bought four acres of woodland in England. This book is a chronicle of what he found there over the course of a year. Covering everything from tree-felling to mushroom hunting, the book is a "springboard back through time, full of rich and unexpected tales of the people, plants, and animals that once called the land home."