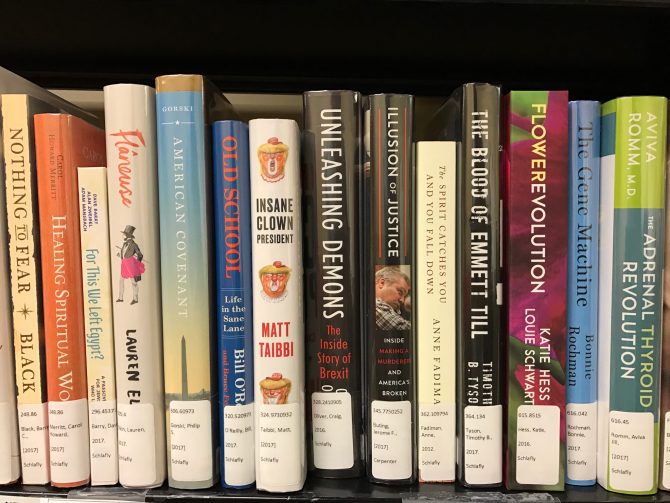 We're always looking for new and interesting non-fiction titles to add to our collection. Here are a few titles we've recently purchased:

Blitzed - Norman Ohler's surprising history outlines the role that drugs played in the Nazi regime. Companies like Bayer and Merck developed cocaine, opiates and methamphetamines to keep Germany's factory workers, citizens and soldiers running at top speed. His book shows how pervasive the drug culture was, to the point that Hitler himself relied on powerful cocktails of injected drugs. A fascinating new look at one of the most important periods of world history.

Pirate Women - The first-ever history of the world's female buccaneers. The book tells the story of women, both real and legendary, who through the ages sailed alongside—and sometimes in command of—their male counterparts. These women came from all walks of life but had one thing in common: a desire for freedom. The book chronicles everyone from ancient Norse princess Alfhild and warrior Rusla to Sayyida al-Hurra of the Barbary corsairs; from Grace O’Malley, who terrorized shipping operations around the British Isles during the reign of Queen Elizabeth I; to Cheng I Sao, who commanded a fleet of four hundred ships off China in the early nineteenth century.

The Blood of Emmett Till - There was a wave of violence against African-Americans following the 1954 Supreme Court decision that ruled segregated schools unconstitutional. Emmett Till was one such victim. A 14-year-old from Chicago, he was lynched while in Mississippi. His death served as a touch stone that inspired the modern Civil Rights Movement, and this book aims to humanize his story and cast light on the most notorious hate crime in American history.

American Covenant - Was America founded as a Christian nation or a secular government? Neither, argues Phillip Gorski. What the founders intended was a prophetic republic that would weave together the ethical visions of the Hebrew prophets and the Western political heritage of civic republicanism. Gorski calls out both religious nationalists and extreme secularists, and through close readings of American thinkers, crafts a compelling argument for the future of America.